A number of spider species like to live in our homes, but garden spiders (Araneus diadematus) tend to prefer to live outside. Houses are arid environments, which many animals find hard to cope with.

For many people, spiders are the very definition of unwanted guests. Whether they are lurking in the corners of cupboards, building webs behind your picture frames, or gazing up at you from the bottom of the bathtub, they can undoubtedly illicit their far share of disgust and horror.

Since the invention of proper insulation and central heating, the human home has become a challenging environment for many animals. The most difficult part for most creatures is the lack of water, particularly for insects and others with an exoskeleton, who are already prone to drying out. Many may wander into our homes by mistake, carried in on clothing, accidentally flying into windows, or even transported across continents in our food, but few stay and take up residences. 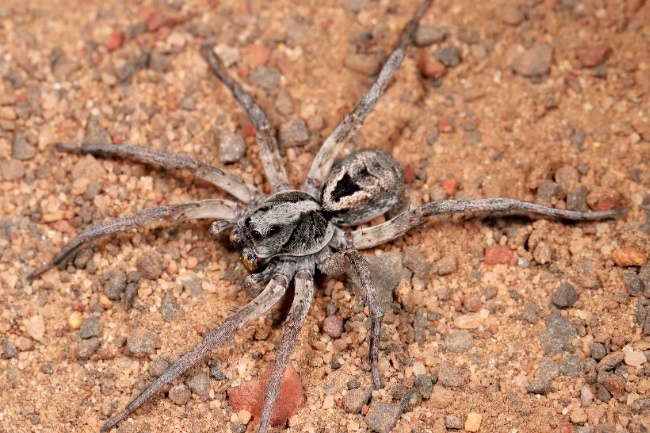 Some spider species have made themselves comfortable in our houses. Wolf spiders are perhaps the most famous of these. These large furry spiders are most noticeable in the autumn when the males go scurrying across our floors, heading out on a date night. Daddy longlegs spiders are another familiar house guest. These spiders do remarkably well because they are adapted to live in caves, which have similar conditions in our homes. Daddy long legs are unusual because they will happily live side by side without killing one another, though they are surprisingly effective at catching and eating other spider species. Their communal nature allows large numbers of these spiders to take up residence in our homes, and you often find them living up high in the corners of our rooms.

Also read: Where Do Garden Spiders Go In the Winter? (Explained)

How do spiders in our houses get water? 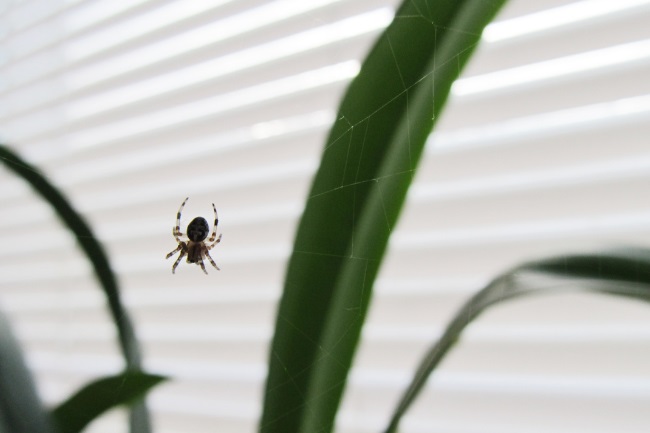 If water scarcity is a crucial issue for spiders living in our houses, where do they get a drink? Well, of course, sometimes our homes aren’t as waterproof as they’re meant to be, and there may be little damp areas that might serve our spiders for a quick sip or two. However, one common way that spiders will try to slake their thirst is an artificial water source. Did you ever wonder why you always seem to find spiders in the bath or your sink? The answer is that these thirsty little arachnids have hurried down to take a slip from a bit of moisture left behind after we’ve used these basins. And once down there, they find they can’t get out. The smooth surfaces mean they can’t grip well enough to escape. It’s not that they’ve been lying in wait to give you the fright of your life. Actually, they just popped round to ask for a cup of water.

Do garden spiders live in our homes?

Unlike daddy long legs, garden spiders are very much adapted to the outdoors. They tend to spin their large webs up high in vegetation, where they can easily catch flying insects. Though we may feel like we’re continually shooing flies and mosquitos out of our houses, there’s not that many around at any one time, again because they find our homes too dry for them. Most spiders living inside are adapted to eat each other or take advantage of the woodlice or other small animals that can be found around the house.

That’s not to say that garden spiders don’t spend plenty of time close to humans. As their name suggests, these little arachnids enjoy living in the greenery surrounding our houses. Although it’s not the only place they will live, their prevalence in gardens and urban areas is one of the things that has made them so familiar to us. They’ll also happily build webs on the outsides of houses or in unheated outbuildings such as sheds or toilets. The critical thing is that our little spiders are still in a location where they can catch prey and where it isn’t too hot or dry for them.

In the winter, when their prey is no longer on the wing, garden spiders will either pass away or search for somewhere to diapause. Diapause is similar to hibernation, where the animal ceased to develop and waits out a difficult time. During diapause, garden spiders look for somewhere safe and hidden, where they will be protected from frost. Often they will choose nooks in rocks, or rotten logs, to hide themselves away in. But where manmade options exist, they are more than happy to exploit these. This is where you might find them curled up under a forgotten pair of gardening gloves or deep within your woodpile.

What to do if you find a spider in your home?

Let’s face it; spiders aren’t most people’s favourite wildlife. If one is spotted somewhere we don’t think it belongs, we can be quick to kick it out, flush it away, or even send it to its maker. However, spiders are hugely helpful creatures, controlling lots of unwanted pests. If you really can’t put up with a spider in your house, it’s worth considering that they are adapted to the environment in which they live, so it might not be too kind to just throw them out in the cold. Try to place them somewhere similar, somewhere sheltered and away from frosts in the winter, such as a garden shed or garage. Or even better, let them live inside with you; after all, they really don’t mean you any harm.