Snails do have a mouth and teeth, allowing them to bite and chew their food. However, their jaws are too weak to bite humans.

Looking at a snail from the outside it may not appear that they can bite at all. These squishy looking molluscs do not seem to have a mouth with which to attack our probing fingers.

Indeed, many people assume the long flat section of their underside may be how they eat, perhaps dissolving food as they move across it. Yet, this slimy pad is in fact the snail’s foot, allowing it to move around but not aiding in absorbing nutrients.

Instead, the snail has a much more traditional means of chomping down on its tasty super, a mouth. This mouth is located on the snail’s head between its antennae. The mouth is relatively small, and not well defined when open, and can so be easily missed. 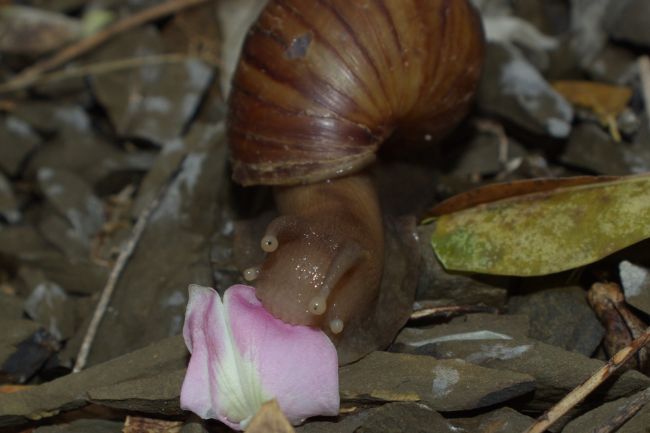 In order to eat, snails have a number of teeth within their mouth, in order to cut up the food they want to digest. Snails can have between 1,000 and 12,000 teeth!

This number of teeth may sound terrifying, and turn every garden snail into a miniature shark in your mind, but snail teeth are arranged rather differently to a great whites.

Snails have what is known as a radula. The radula in most snails is similar to a tongue. It’s on this tongue that the thousands of teeth are located.

These teeth are made of chitin, the same thing our fingernails are made from. They are lined up in rows along the radula and allow the snail to rasp across the surface of its food and break off what it wants to eat.

How many teeth a snail has, what size they are related to each other, and how many there are, varies between species and is often adapted to whatever food they eat most regularly.

Once the food has been scraped away it will go down the snail’s throat and into the digestive system. The snail will then void it’s waste from its anus, and continue to feed.

Also read: Snail Diet Explained: What and How do They Eat and Drink? 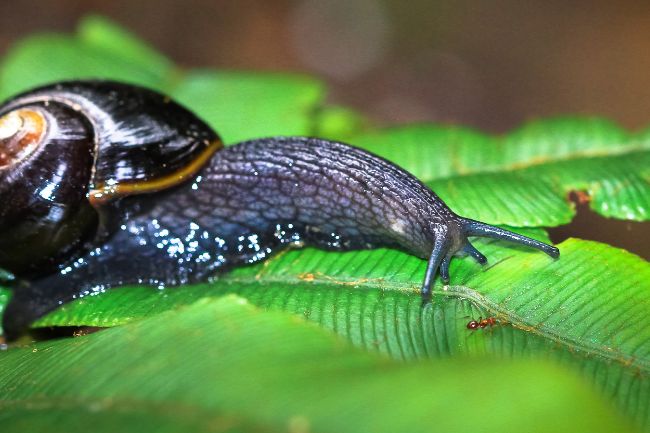 The vast majority of snails are vegetarians and omnivores, usually eating a wide range of plants, fungi or animal waste. Most will eat meat, but only if it’s already dead and decomposing.

However, there are some snails that are ravenous carnivores and will hunt down and eat living animals. The best known of these are the cone snails.

Cone snails have altered their radula into a harpoon, with which they can spear fish or small worms, and administer a deadly venom. Once the venom has taken its toll, they can munch away at their feast.

The straight forward answer is that yes snails can, and sometimes do, bite humans. However, with the vast majority of species the design of their radula is such that you would never notice.

At most, the radula of some of the larger species is described as similar to a gentle scrape. Additionally, as the majority of snails do not eat meat, they generally have no interest in biting humans.

The one exception is the cone snails, who can deliver an unpleasant sting with their spear-like radula. With smaller species this sting may only be similar to the sting of a bee or an ant, but for larger species the sting can have serious consequences for humans. 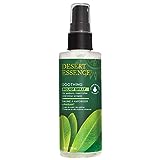 There are snails in the world that are responsible for over 200,000 deaths, yet these are not toxic species like the cone snails. Schistosomiasis, also known as snail fever, is an unpleasant disease that can only be spread with the help of freshwater snails.

Amazingly the snail’s don’t even need to bite their victims for them to become infected, instead they too are victims, hosts of a parasitic worm that spends part of its life in their bodies.

Humans become infected after the worm emerges from the snail’s body and is ingested by the human, usually in contaminated drinking water. Once inside the human the snail causes manu serious health issues, which can result in death.

The truth is snails certainly have more to fear from us than we do from them. When it comes to a harmful bite, there are many more snails getting munched up by human teeth than the other way round.

Yet that doesn’t mean snails are completely meek and defenseless. Anyone who has ever been stung by a cone snail can certainly attest to this.

But by far the most harmful snails are those innocent freshwater snails minding their own business while a parasitic worm wrecks havoc around them.

But most snails use their mouth for much more innocent pastimes, from munching up lettuce, to cleaning the algae off the inside of fish tanks.

Snails When it Rains: Why Do They Come Out?