Earthworms have a closed circulatory system, the same as many other species, such as mammals.

What is an open circulatory system? 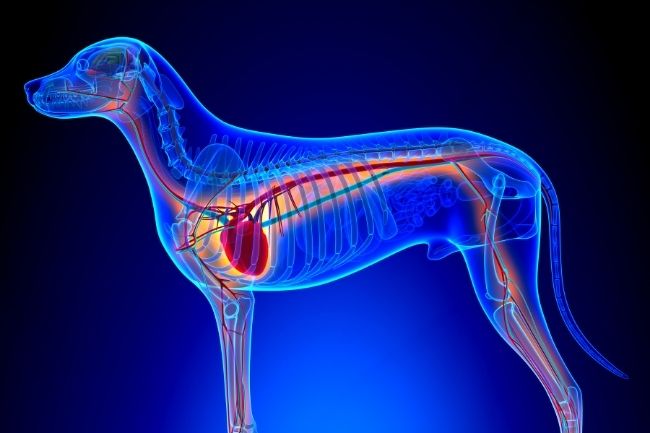 Most insect species have an open circulatory system. This means that the bodily fluids within these animals are not enclosed within veins and arteries. Instead, the insects ‘blood’, known as haemolymph, flows freely into the insect’s body cavity.

This system works within smaller animals, such as insects but would not function so well within bigger creatures like mammals. The haemolymph is pumped around the body through a long tube-like organ that runs from the top of the abdomen to the head. This includes the heart.

The haemolymph enters this tube and is then pumped up towards the head, where it is then allowed to flow freely. Within the body cavity, the haemolymph is forced forward by the pressure of more liquid being pumped in at the head.

This system works for insect species as the haemolymph only delivers nutrients and minerals to the insect’s muscles and organs. Unlike our blood, it does not deliver oxygen.

Oxygen is instead provided directly to organs and muscles via small holes in the insect’s exoskeleton, known as spiracles. In humans and other mammals, the lungs act to draw the air into the body, allowing it to be absorbed into the blood and then circulated to the vital organs and muscles.

In insects the system is less active, instead, the air is forced in by air pressure, rather than being pulled in. Because of the reliance on air pressure, this system would not work on larger animals, as the air would not enter far enough into the body to reach all the muscles and organs required.

It’s for this reason that an open circulatory system functions well for insects but could not work for us as humans.

Having a closed circulatory system simply means that the blood, or equivalent liquid, is contained within vessels. This type of system allows it to be circulated at high pressure, ensuring that it can reach all areas of the body more quickly.

In humans, the closed circulatory system is made up of veins, arteries and the heart, which pumps the blood around this network. In earthworms, the system is very similar. They have a series of aortic arches, which act like hearts, pumping the blood into a number of vessels.

The dorsal and ventral blood vessels run along the worm’s body, with the dorsal vessel taking the blood to the worm’s head, while the ventral vessel takes it to the other end of the worm.

Like in humans, the circulatory system of a worm helps to deliver oxygen, as well as nutrients and other vital substances, to the muscles and other organs within its body.

Also read: Earthworms & Composting – How Does it Work?

Why does a worm have a closed circulatory system?

Considering the earthworm’s size, you might assume that an open circulatory system would work just as well for it as a closed system. However, the earthworm’s system is very well adapted to its lifestyle.

Worms spend the majority of their time below the ground. This is in part because their food is found here. They eat organic debris left behind by plants and animals. Not only is their food readily available, but it is also a relatively safe space for them to spend their time in. Without any real form of protection and a soft tasty body, earthworms are highly prized as food by many other animals.

Staying within the soil allows them some cover from the majority of their enemies. They will of course come to the surface every now and then. Often they will travel across the surface in the rain, or emerge to find a mate. These journeys are treacherous but apparently worth the risk.

While underground, it is essential that earthworms are able to get enough oxygen to breathe. Mostly, they receive this oxygen by constantly moving the soil, releasing small pockets of air that are trapped between the sediments.

Because of their method of receiving oxygen, they have developed the ability to absorb oxygen directly through their skin. Their skin is thin, with blood vessels close to the surface. An exchange of gases occurs naturally, as the air outside is higher in oxygen than inside the worm, and lower in carbon dioxide.

In order for this exchange to occur, it’s important the worm’s skin remains constantly wet. For this purpose, they have a number of glands that release a kind of mucous. This slimy substance coats their skins and allows the gas exchange to occur.

Once inside the body, the gases can then be pumped through the closed circulatory system to ensure the worm is constantly provided with enough oxygen to metabolise its food.

The heart of the soil

While the idea of covering yourself in slime so you can breathe through your skin may not appeal to many of us, it certainly works well for our earthworms. Across the world, worms are incredibly successful and have made themselves indispensable through their important work of breaking down waste into healthy soil.

In many places, earthworm numbers have massively decreased. This is often through the overuse of chemicals, such as pesticides, the compaction of the soil, or through the laying down of tarmac, concrete or other surfaces such as artificial grass. These surfaces take away any chance for worms to find food.

Feeding our worms, and keeping them happy, has huge benefits for us. They help us to produce food, manage waste, and can even act in the fight against climate change, by burying carbon deep in the soil. So slimy or not, they are certainly worth keeping around.

Earthworms & Composting – How Does it Work?
Next Post: Wondering “If an Earthworm is an Insect?” (Explained)