Some species of earthworms can reproduce sexually and asexually; however, many reproduce only sexually.

What is sexual and asexual reproduction?

Asexual and sexual reproduction are two different methods of producing young that we see across the natural world. Sexual reproduction is the method that we are usually most familiar with, as it is the way in which humans reproduce. It requires two individuals of opposite sexes to mate; a male and a female.

Mating results in the fertilization of an egg from the female, with sperm from the male. Both the sperm and egg contain half the DNA of the parent. Combined they form a new set of genes, different from either of the parents, but with part of each. The benefit of this is that diverse children can be created, each different from the last. Different external conditions may result in some failing, while others thrive.

This can be particularly advantageous when partners are scarce, either because of a small population or a sparse habitat. Asexual reproduction is in essence cloning. Rather than two half sets of DNA combining to make a new mixture, the DNA of the adult is replicated entirely, meaning their offspring are identical to them.

This can help an individual live on until such a time when a mate becomes available, allowing a clone to carry out the sexual reproduction missing earlier on. The main risk is that the entire population may be wiped out in one go if something were to occur that they are not suitable to overcome.

Some animals can even create clones by losing a body part. Certain starfish species can regrow a whole body from one arm, with the old starfish regrowing its old limb at the same time.

Do earthworms reproduce sexually or asexually? 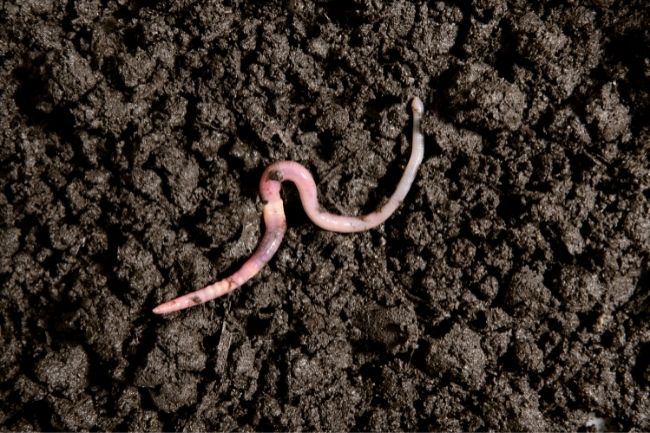 Not all earthworms are able to reproduce asexually. However, it might be easy to mistake their ability to regenerate for asexual reproduction. Like the starfish, if the Earthworms lose part of their body, they may be able to regenerate, so long as enough if their vital organs remain intact. However, only the head end of the worm will repair itself, the tail will die, meaning this cannot count as asexual reproduction.

Some species can reproduce asexually by producing young from unfertilized eggs. This is known as pathogenesis and doesn’t occur in all species. All species, however, can reproduce sexually. Yet, this means of reproduction is rather different from how many species reproduce.

Also read: Wondering “If an Earthworm is an Insect?” (Explained) 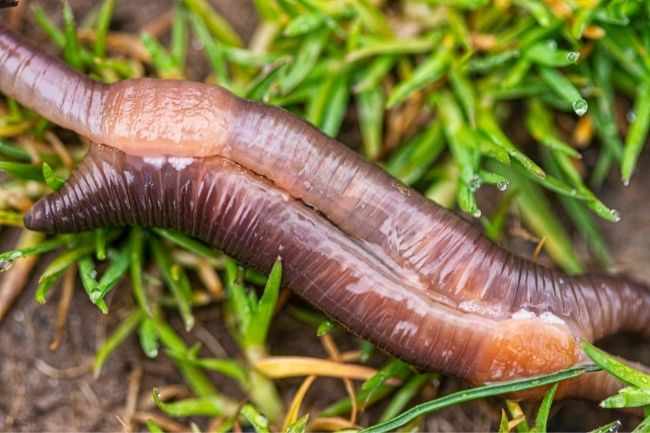 Firstly, earthworms are hermaphrodites, having both male and female parts.

They mate by coming together facing in opposite directions. The worms will then produce a great deal of mucus to help sperm to transfer from one worm to the other, where it is stored before being used to fertilize the eggs.

Both worms then leave the coupling. The clitellum, the large band you see around adult worms, then produces a ring of mucus, which travels down the worm, picking up the sperm and eggs and allowing them to combine. This mucous then continues down the body and drops off the end, becoming a lemon-shaped cocoon. The eggs are then safe inside the cocoon till hatching.

Once the cocoons are laid, the parent will play no further part in the worm’s life. Instead, the worms hatch out fully independent and ready to go to work. Between one and twenty worms can hatch out from a cocoon, depending on the species.

How long they take to hatch can depend on what species the worm is, however, worm breeders, expect the number of worms to double every 60 to 90 days, showing how speedy reproduction is. This is particularly sped up by the fact that both worms can lay eggs after having mated, a big advantage to an animal that is close to the bottom of the food chain.

A mating ritual that involves being covered in slime and producing mucus rings may not be so appealing to the majority of us, but it is working out well for the worms.

They may not have any elaborate mating rituals, but their system seems to get the job done quickly, and with every bird, mammal and amphibian keen for a tasty worm or two, getting down and dirty with hast is all the earthworm cares about.

Wondering “If an Earthworm is an Insect?” (Explained)
Next Post: Moths Reproduction Explained (Larvae, Eggs,…)