Hummingbirds cannot survive long cold winters, because of their tiny size and their reliance on nectar. Species that live in temperate areas, therefore, migrate south to warmer climates as winter arrives.

Where do hummingbirds live? 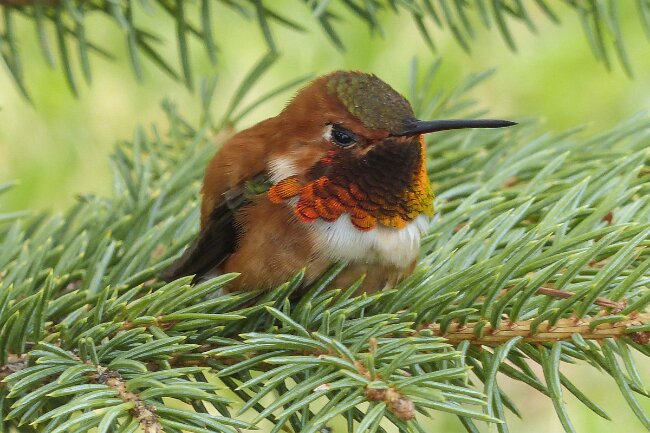 There are around 360 hummingbird species, all found across the New World, from the tip of Argentina to Alaska. As a group, they are best known for their diminutive size, amazing flying abilities and their taste for nectar.

While we may most associate hummingbirds with tropical climates, their range also extends across many temperate areas. During the summer months, these tiny creatures can find everything they need across these areas, including plenty of flowers and sunny warmth.

Yet, as the seasons change, conditions become less than suitable. Because of their small size and their dependence on nectar, winters can very quickly become unsuitable for hummingbirds.

For most animals, toughing out the winter can mean either hunkering down with hibernation or moving to more suitable climates. 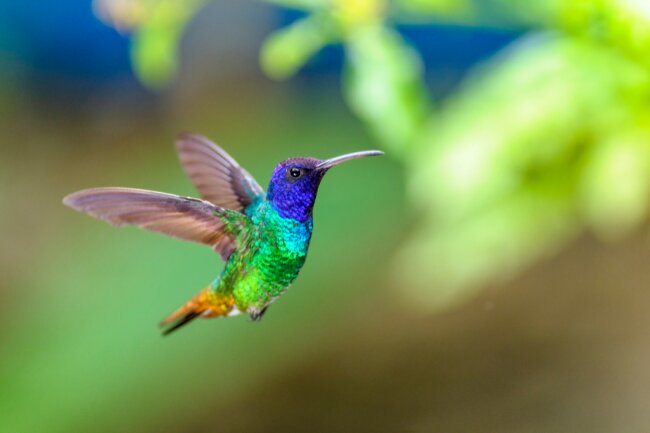 Hummingbirds do migrate. Not all species migrate, however, as some may live in areas where they don’t need to migrate. Species generally migrate north in the spring, to breeding and feeding grounds, and south in the autumn to spend the winter in Mexico and Central America.

When they migrate varies greatly depending on the species, however, most species head to their feeding and breeding grounds in early spring, and leave them again around the end of July to September. The need to migrate is thought to be fuelled largely by a change in day length. As the days get longer and warmer, the hummingbirds are more likely to find plenty to feast on ahead of them.

Leaving the south too early can be a disaster, as exhausted fliers can arrive to find nothing to sustain them, but leaving too late may mean all the best nesting spots are taken. It’s a delicate balance for these tiny birds.

Migration tends to take place in the daytime, with hummingbirds fuelling up on flowers as they go. Even before they take off, they need to fatten themselves up for the journey, feeding as much as possible in order to build up their reserves.

Hummingbirds tend to fly fairly low compared to some migrating birds, possibly so they can catch sight of flowers to feed on. They are also known to use prevailing winds to push themselves on, speeding up their journey, and therefore meaning they use less energy on the flight.

As hummingbirds can live to around five years, most will complete the migration several times, as they try to successfully produce as many young as possible.

How far do hummingbirds migrate?

Hummingbirds can migrate amazing long distances, considering what tiny birds they are. The rufous hummingbird famously migrates 3,900 miles from Mexico all the way to Washington State and Canada. Most hummingbirds can migrate a maximum of around 20 miles a day. They usually migrate during the daylight and feed as they go, needing to fuel themselves through their journey.
The ruby-throated hummingbird is slightly unusual in that it undertakes a 600 mile journey in one fell swoop, all the way from southern Florida to Mexico’s Yucatán Peninsula.

Why do hummingbirds migrate? 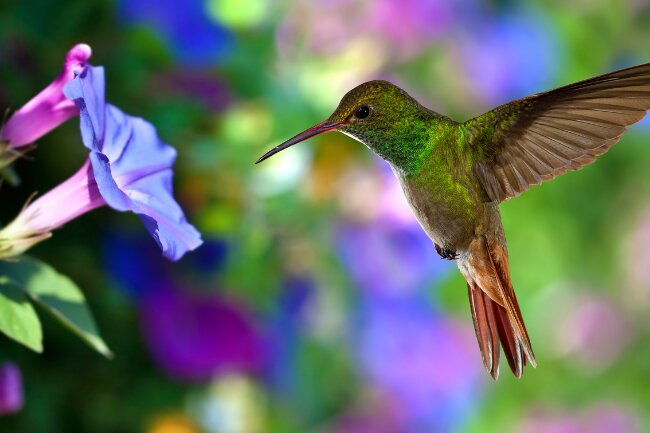 To many of us settled humans, migrating may seem like a lot of hassle for no reason. Why not spend all year in a warmer climate? Yet, many species have found this to be an effective way to increase their chances of reproduction.

Often, nesting grounds may be safer or have less competition or more food if a species moves from its usual spot. Whatever, the reason migration seems to pay off, with hummingbirds making the journey year-on-year, their young flying back along the ancestral paths of their parents.

Do hummingbirds migrate with geese?

The myth that hummingbirds migrate on the backs of geese is an incredibly adorable one, yet unfortunately not true. While I’m sure hummingbirds would be more than grateful to receive a free ride from the geese, it’s unlikely the geese would be happy to be used as communal transportation.

Do hummingbirds migrate in flocks? 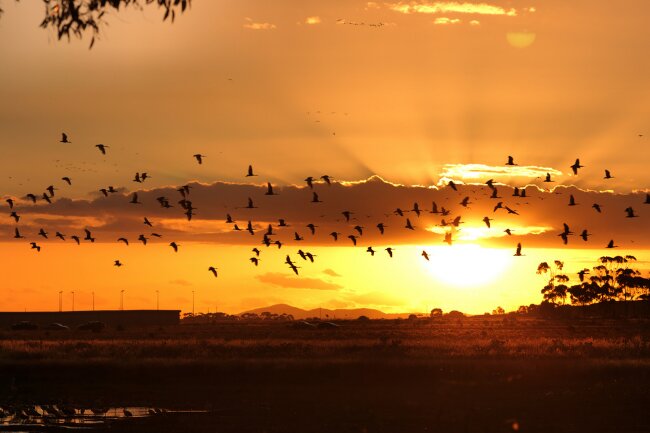 Many birds choose to migrate in larger groups, known as flocks. This can be beneficial in helping protect individual birds from predation. Large numbers of birds moving together can be more difficult for predators to attack.

Rather than safety in numbers, hummingbirds opt for being as inconspicuous as possible, by travelling solo. Because of their tiny size, and their amazing flying abilities, this method works better for them.

While hummingbirds cannot survive the coldest winters, many species live in mountainous areas where temperatures drop significantly at night. To survive these difficult conditions, they enter a state known as torpor. Torpor is similar to hibernation, as the bird drops its heart rate and slows its metabolism, in order to be able to get through the chill.

Going with the flow

We may tend to think of migration as one great big leap from one end of a continent to the other, but for many migrating species, the journey is taken a little at a time. Many birds and butterflies migrate simply by following the food as it waxes and wanes. Hummingbirds may travel up as the spring arrives, attracted by the freshly blooming flowers.

The journey is very much mapped out in their DNA, telling them where they need to be heading, yet that doesn’t mean they won’t dawdle a little here or there as they find the right conditions.

As climate change is shifting temperatures and moving seasons, many ornithologists are finding hummingbird species turning up in new and unexpected places. For these birds, there’s no line drawn on a map where they know they need to stop. If the conditions are right further north, with plenty of food and sunshine, there’s no reason why they can’t be flexible with their destinations.