The exact reason why earthworms come to the surface in the rain isn’t known. Explanations vary from the earthworms avoiding drowning, the sound of the rain mimicking the sound of predators, and moving above ground being a speedier option.

The most commonly heard explanation for why earthworms come to the surface during rain is that they are doing it to avoid drowning. The theory states that as water saturates the soil, earthworms can no longer get enough oxygen to breathe, and they must escape to the surface for a breath of fresh air.

However, this theory isn’t as watertight as it may at first appear. Earthworms do not have lungs, as humans do. Instead, they breathe through their skin. This occurs as air moves into the earthworm’s blood vessels, which are located close to the surface, the worm’s skin being very thin. Levels of oxygen are higher in the air than inside the worm, meaning the exchange occurs naturally.

Earthworm’s take in this oxygen by constantly moving through the soil. While we may think of soil as being pretty solid, uncompacted soil is actually a matrix of different materials, such as sediments and plant remnants. In between these grains, there are pockets of air, which can be released as the soil is moved.

In order for this exchange to occur, the earthworm’s skin needs to be moist. They produce this moisture by excreting mucus, from special glands. If this mucus were to dry up, they would suffocate. Because of this different method of breathing, earthworms can’t really drown. However, the level of oxygen available in water is different to the level available within the air, meaning they could technically suffocate in water.

Some earthworm species have been seen to live fairly happily submerged in water for two weeks, meaning they can potentially survive within the water. 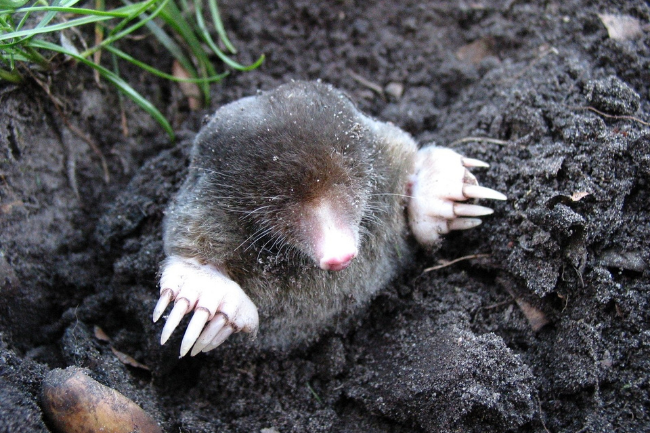 Another common argument as to why worms travel to the surface during rain is that the sound of the rain hitting the ground imitates the sounds that moles make when they are hunting. Moles are the ultimate earthworm hunters and can eat around 200 worms a day. With this in mind, earthworms are certainly keen to avoid meeting a hungry mole.

The theory, therefore, says that worms hear, or at least feel, the vibrations created by the falling rain, and think it is a mole coming to get them. They, therefore, wiggle their way to the surface as a means of escape.

While this theory may be perfectly valid, there has been little to prove it, therefore leading many scientists to discount it.

The final theory argues that the worms actually see the rain as an advantage rather than a disadvantage. Coming to the surface is often very dangerous for worms, not just because they are exposed to predators, but also because if they dry out, they will suffocate.

However, moving through the soil can be very slow, if a worm would like to move a little further in afield, perhaps to search out pastures new, there can be advantages to coming to the surface to get a few extra centimetres under their belt.

Once the surface is wet they are able to make this journey a great deal safer than on a sunny day. Of course, there are still dangers involved, but it is clearly worth the risk to these wiggly little explorers. 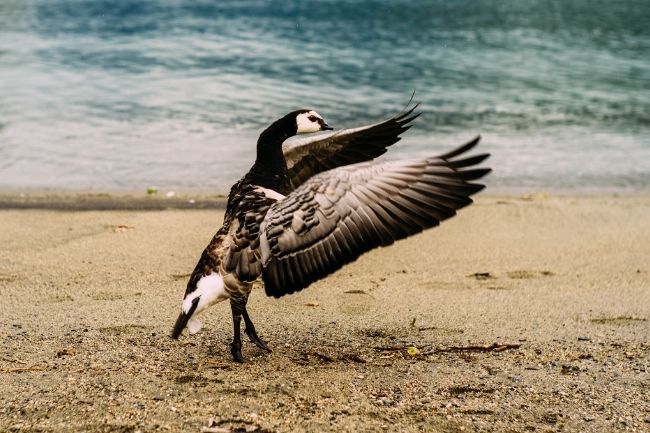 Interestingly, both birds and humans have learnt to imitate the rain for their own gains. At least this is what we believe is happening when birds patter their feet on the surface of the soil, and humans tap at the soil with a variety of implements. These sounds are thought to make the worms think that it is raining, and therefore come to the surface.

Whether or not this is really fooling the worms into thinking there is a deluge above, it certainly does work to bring them wriggling up from the soil below, unfortunately often to their own doom.

As modern humans, sometimes we like to fool ourselves into thinking there is no more to discover, no more mysteries to solve. However, there are still many things we do not know the answer to, from great cosmic questions, to little curiosities such as why earthworms risk their lives to wiggle unceremoniously over the surface.

Moths & Lights – Why Do They Attract Them?
Next Post: Difference Between a Moth and a Butterfly – Explained