The Eurasian garden spider (Araneus diadematus) isn’t dangerous to humans. Although it does carry venom, this does not affect humans, and these spiders rarely bite. If you are bitten, this will result in a small raised lump similar to other insect bites.

What is a garden spider?

Many of us will use the term garden spider to refer to any spider we see outside close to our houses. But in the UK, a garden spider is actually a particular species. Araneus diadematus, also known as the cross spider or the diadem spider, is a common species found throughout Europe and North America. It is one of the orb-weaver spiders, so named because they create circular webs, resembling how a child might draw a spider web.

The orb weavers are found across the globe, with over 3,000 different species included in this group. Like all spiders, they have eight legs, an exoskeleton and a segmented body. What differentiates spiders from insects is that they have two rather than three segments, with the head and thorax having fused. This means spiders have a cephalothorax and an abdomen. Additionally, they have an extra set of legs and no antenna.

Garden spiders are fat-bodied and relatively squat looking creatures. As with many spiders, the female is significantly larger at 6-20mm (0.24-79in), whilst the male is only around 5-13mm (0.20-0.51in). Their abdomen’s patterning is very distinctive, with a series of dots and lines appearing to form a white cross. However, their colour is highly variable, from a pale golden brown to a much deeper dark brown. This often brings people to believe they have several different species living in their gardens.

Their distinctive patterning and large conspicuous webs make garden spiders very recognisable and easy to spot. House spiders, by comparison, throw up a tangle of threads in such a mess that it looks like the web has already been destroyed, whilst funnel-web spiders create a sticky tunnel down into vegetation or crevices, both more concealed to the human eye. The orb spider’s web, by comparison, is very much more, and sometimes literally, in your face.

Why are we afraid of spiders?

Arachnophobia is so common that the fancy scientific name for it is generally well known. Yet many still disagree on what makes us so afraid of spiders. Many sufferers often claim it is how they move or their many legs. However, some scientists think the real reason spiders are one of our top five phobias is because of their bite. Spiders have appendages called chelicerae; these are mouthparts commonly described as jaws, made up of a basal segment and their fangs. 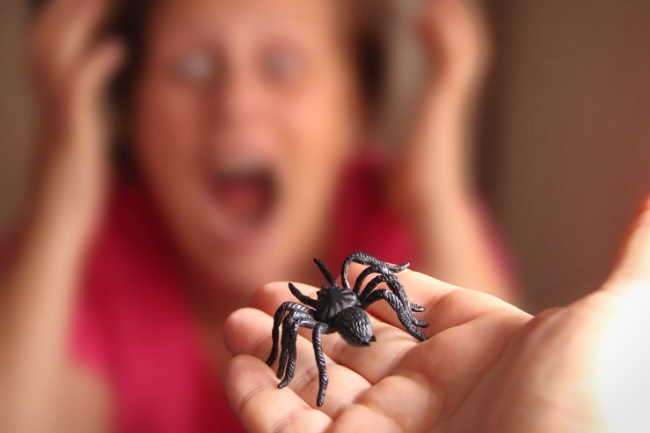 There’s undoubtedly something about the word fangs that is fear-inspiring. Nothing you’d be ok bumping into in a dark alley in the middle of the night has fangs. The chelicerae can be used to grasp their prey, but the real killer is usually the fangs, injecting venom into their victim. Once a spider has caught its meal, it will use a particular type of venom to liquefy it so it can suck it up like a big tasty smoothy.

Most spiders are designed to eat insects, though the goliath bird-eating spider, the biggest spider in the world, has been known to take on a few of our feathered friends. There are no spiders that purposefully prey on human beings. However, spiders will use their fangs and venom if threatened. Yet, even the famous black widow spider is unlikely to kill a healthy human, though you certainly won’t thank them for the bite.

Combine all that spider knowledge into one, and you can understand why arachnophobia is so common. Some evolutionary biologists even think that the fear of spiders is innate to humans, as contact with some species can cause illness and death and is so easily done by accident.

So are garden spiders dangerous? 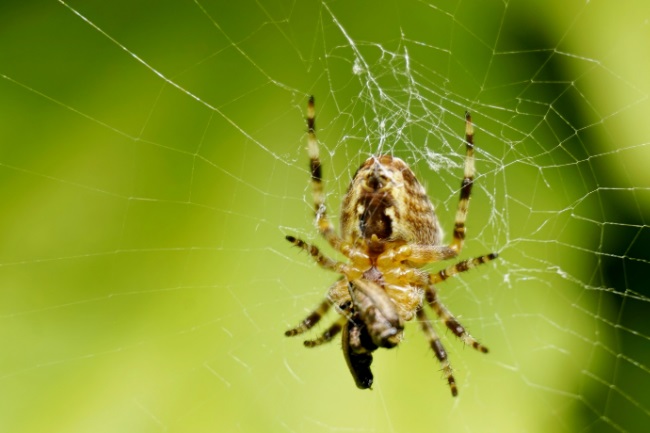 The answer is yes, garden spiders are dangerous. If that is, you’re a fly, or a butterfly, or even a wasp. If you’re one of these insects and you carelessly fly into a garden spider’s web, then your days are probably numbered. However, if you’re a human, it’s unlikely a garden spider will give you the time of day.

Although garden spiders are venomous, like most venomous animals, they don’t like to waste their precious resource. They are well aware that you aren’t going to keel over and provide them with tasty snacks for a year if they attack. Even if you accidentally get a garden spider on you by, for example, walking into a web, they tend to be docile and simply want to get back to what they were doing.

Even without the venom, they could choose to give you a quick nip, but they mostly don’t. Again what would be the point? If one does bite you in a panic, if you step on it perhaps, the bite won’t do you much harm. A small red swelling might be the most you’ll get from this interaction. 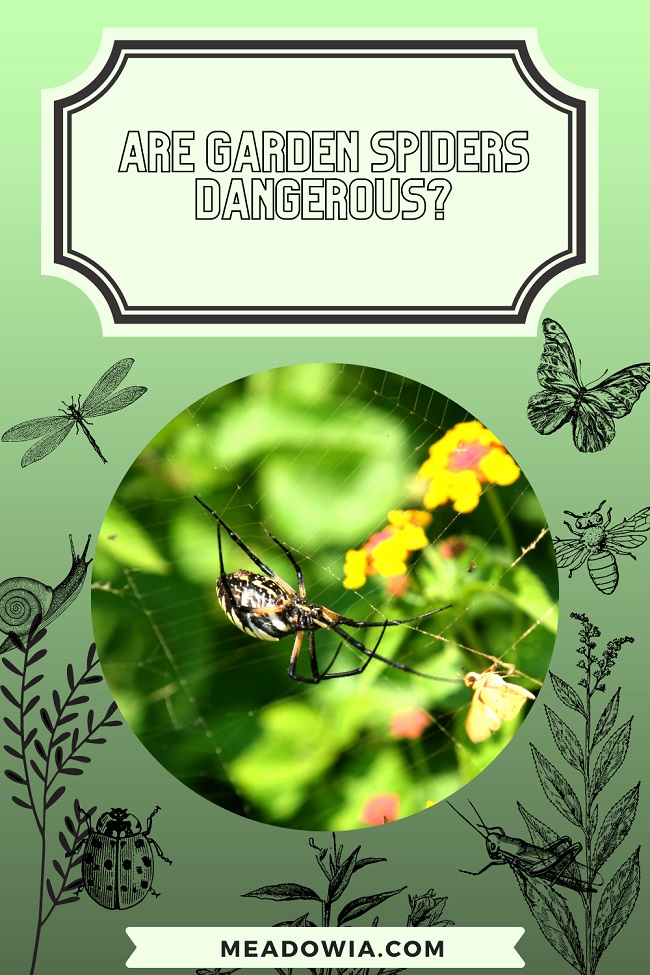 More reasons to love than fear

The fact is that garden spiders, and all spiders, are more helpful than harmful to humans. They do us a huge service by chomping down on many pests that would otherwise become a significant problem for us. Wasps, for one thing, have their own nasty stings that are far worse than most spiders’ bites. Flies, though they don’t sting, can be incredibly annoying. Perhaps we’d prefer it if they didn’t eat our butterflies, but in the end, they do a lot of good too, our little garden spiders.