The Eurasian garden spider (Araneus diadematus) generally lives for one to two years. In warmer climates, they can complete their full lifecycle in one year, whereas it often takes two years in the UK. 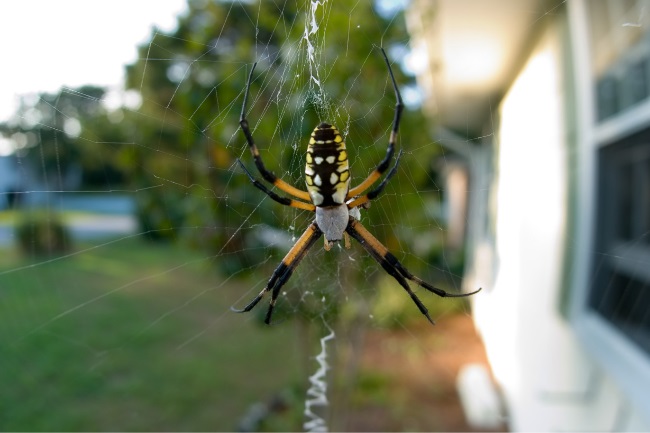 The Eurasian garden spider (Araneus diadematus) is an orb-weaver spider, meaning it weaves large, flat circular webs. These webs are generally perpendicular to the ground, built around 1.5 metres (59in) up, ideally located to catch flying insects. With a round fat body and a white cross on their abdomens, they are highly recognisable. Although called garden spiders, they can live in most habitats, from woodlands to grasslands.

A garden spider’s life starts in a silken pouch. This isn’t its web; instead, this is an egg sac spun by the female to provide a safe home for her eggs. The egg sac looks like a flatten yellow cloth case. You might notice these sometimes when moving logs or bits of slate or stone in your garden. The female spider will choose anywhere safe and sheltered for her eggs. Any good nook or crevice will serve her purposes. 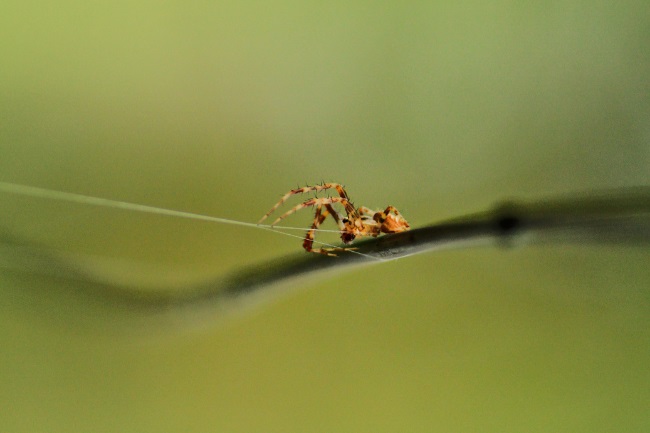 After she’s spun her egg sac and deposited her eggs inside, she’ll guard it for a little while before succumbing to exhaustion, her life at its end. Her eggs will hopefully remain hidden and safe until around May when they hatch.

The little spiderlings that emerge from the egg sac in the spring don’t look much like their mum and dad. They are quite an eye-catching yellow, with a small black streak. For a few weeks after hatching, they will stay bundled together, only parting if threatened. 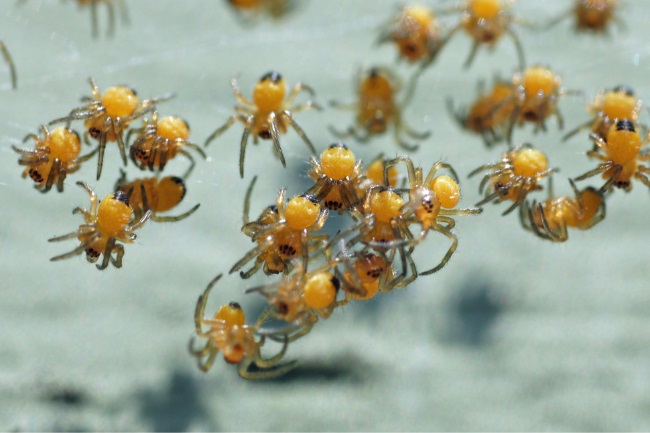 Eventually, these tiny spiders will disperse and build their own little web to catch and eat whatever they can find. As with all spiders, they have an exoskeleton, which means they must moult in order to grow. Throughout their first summer, they will moult several times to grow in size before they overwinter. As most of their prey disappears as the weather cools, there’s little advantage to garden spiders to stay active over this time. They will find somewhere nice and dry and safe to wait for better days.

As the weather warms, our garden spiders will scurry out of their hiding places to rejoin the world. Their second summer is very much like their first, as they build their webs and try to catch as much food as they can. As they age, these spiders reach their adult sizes, with females being around 6-20mm (0.24-79in) and male being 5-13mm (0.20-0.51in). It’s not unusually for female spiders to be larger than males, as they have the physical burden of producing the eggs.

Both males and females will build webs. Garden spiders often remake their webs, sometimes once a day. This is partly because the web gets damaged as insects fly into it, but also that pollen and dust cover the sticky residue on the web’s silken threads, causing it to lose its ability to trap potential prey. Taking down the old web the garden spider will roll it into a ball and eat the silk in order to recycle it.

Having built a new web, the spiders will retreat not to give away their location. Hiding at the edge of the web, they wait for vibrations from the threads to tell them that someone has been caught. They will then scurry out and bite the struggling insect, their venom paralysing their meal. It’s then easy to wrap up their prey with silk and inject another type of venom that will liquidate them. This slushy parcel can then be slurped up without any fuss.

The time when spiders are often most obvious to us is in autumn when the males are out searching for the females. During this period, females tend to spend more time in the middle of their webs, making them more visible. Once the males have reached sexual maturity, they abandon their own webs and go searching for mates. 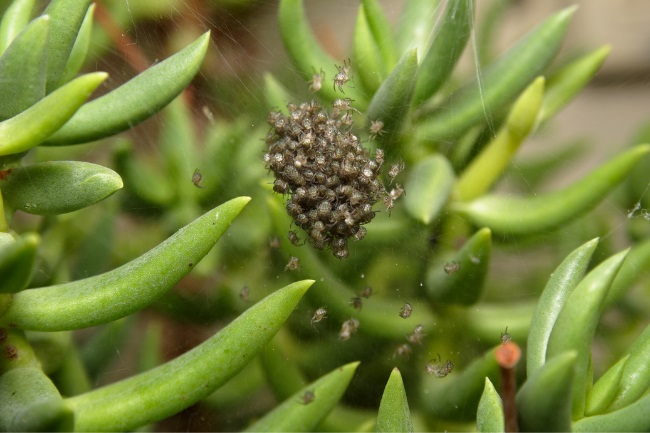 Once they find an attractive female, they approach with care, plucking the web from the edge to let the female know they aren’t prey. However, they aren’t home safe even once the female has allowed them to mate, as she may eat her partner directly afterwards as an energy boost. If the male does escape unharmed, he’ll head off to find another female to mate with. The female, however, only needs one mate to fertiliser her eggs.

In time she too will abandon her web, heading out to find somewhere safe for her eggs. She’ll carefully weave her silken egg sac and deposit her eggs. Having expended her energy on this task, she’ll die shortly after, and life will start again in the spring.

One year or two?

Although it’s thought most garden spiders in the UK take two years to mature fully, there are examples from warmer climates where these spiders can develop in one summer, mating and laying eggs in the same year. They can have this speedy lifecycle in some places in the UK if the weather is warm and the food is plentiful, but it’s more likely they will take longer.

What Does a Ladybug Larva Eat? (Explained)
Next Post: Are Garden Spiders Dangerous? (Arachnophobia Explained)