A butterfly pollinates by moving pollen from one flower to another of the same species. The pollen becomes attached to the body of the butterfly while they are feeding on the nectar the flower provides. 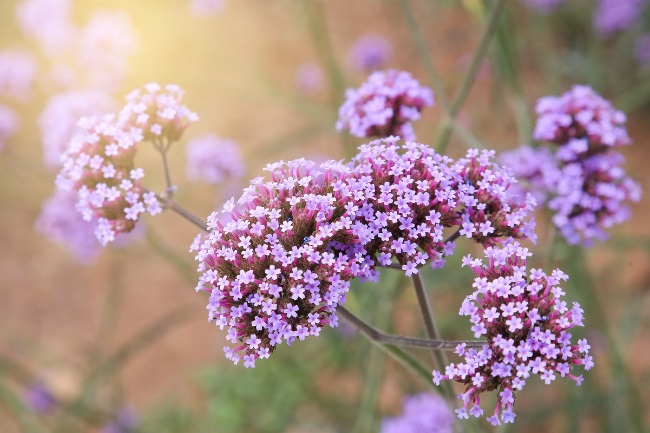 Pollination is a word that gets bandied around a great deal. In its most basic sense, it describes the act of pollen being moved from one plant to another. This pollen is created as part of the sexual reproduction of the plant. Many plants can reproduce sexually or asexually.

Asexual reproduction might be through the plant creating clones of itself, through the spreading of rhizomes, or the plant may be able to produce seeds without being pollinated.

The pollen is created by the stamen, which is the male part of a flower. In order for pollination to occur the plants need to be of the same species and the pollen grains must alight on the stigma, the female part of the plant. Some plants, such as many trees, are either male or female, while others have both female and male parts.

The way this pollen can get between plants is largely through two main mechanisms; wind and animals. Wind is a much more random method of spreading pollen, requiring a great deal of luck to get from one plant to another, and relies in part on viable mates being within reach. It’s not an unusual method of pollination, however, with many tree species and most grass species relying on it.

The second method is through the use of animals to move pollen from one plant to another. It’s thought that flowers evolved in step with the pollinating animals that visited them, developing their scents, colours and their sweet nectar all to call in pollinators to help act as carries for their pollen.

Bees are usually the first animals people think of when it comes to pollination. While the honey bee gets much of the credit there are in fact around 20,000 species, almost all of which are important pollinators.

Beyond bees, there are a number of other essential pollinators. Beetles are thought to have been one of the first pollinators to evolve, while the ants and wasps have also been found to be important with certain species.

Not all pollinators are insects, however. Monkeys, bats and even lizards can all pollinate flowers. For all these animals, they do not set out to pollinate the flowers from the goodness of their hearts. The flowers bribe these helpers with a tasty treat, the energy-rich nectar. Some pollinators will also eat the pollen itself, however, nectar is the freebie that the flower aims to tempt them with.

How do butterflies pollinate? 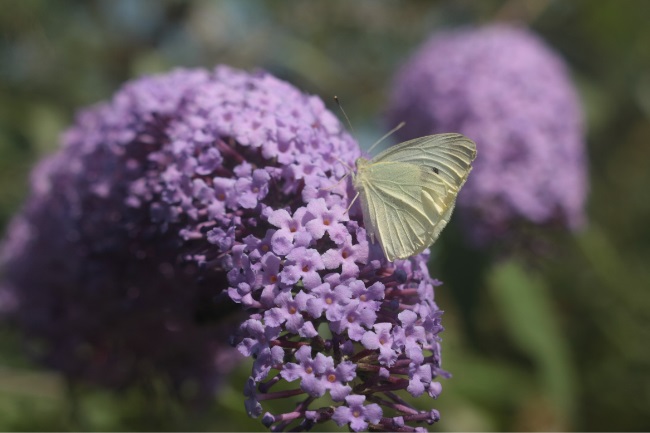 Aside from bees, our most famous pollinators have to be butterflies. Just like the other species the butterflies visit the flowers to feed on the nectar the flowers provide. All butterflies feed on nectar, though some also supplement their food with faeces and muddy puddles.

Butterflies feed on this nectar by using their long proboscis, a long thin tube that curls under their body when not in use. Unfurling it they can poke down into the flower and suck out the nectar.

Bees by comparison have a much shorter proboscis. This means they often have to get into a flower to drink the nectar, brushing past the stamens and getting covered in pollen. Another thing that prevents pollen transfer to butterflies is that their legs are much longer than the bees, meaning their furry bodies are kept further away from the pollen.

Where bees emerge from flowers often covered from head to toe in pollen, the butterflies usually only get pollen on their legs and proboscis. This means there is much less to transfer between the flowers. The advantage to the flowers of using butterflies to pollinate is they can often travel across large areas feeding, spreading the genetics of the plant further.

While many butterflies will happily feed on any flowers they can find, some species are very loyal to particular plants. This has another advantage for the plants as their pollen is highly likely to be spread to another flower of the same species.

What flowers do butterflies pollinate?

Many butterfly species aren’t overly fussy as nectar from one flower is fairly similar to nectar from the next. What is particularly important to them is the shape of the flower, as some flowers are easier for them to land on than others.

Butterflies tend to favour more open flowers where the petals provide a good landing platform. Butterflies also see colour very differently from us, able to see a wider range. There are certain colours which are more appealing to them, largely white, pink, purple, red, yellow and orange. Interestingly bees cannot see red, so red flowers are likely to be aiming to attract other species like butterflies.

There are many different plants that butterflies like to feed from. Providing a wide range of flowers can be a key thing, and aiming to have flowers that are suitable for the butterflies feeding style. Native flowers are very important as these will be used by a wider range of butterflies and other insect species.

Do Butterflies have Eyes? What do They See?
Next Post: 6 Essential Practices to Help a Dying Butterfly