Depending on why a butterfly is ill there may be different methods for helping it, such as providing food, shelter or warmth. 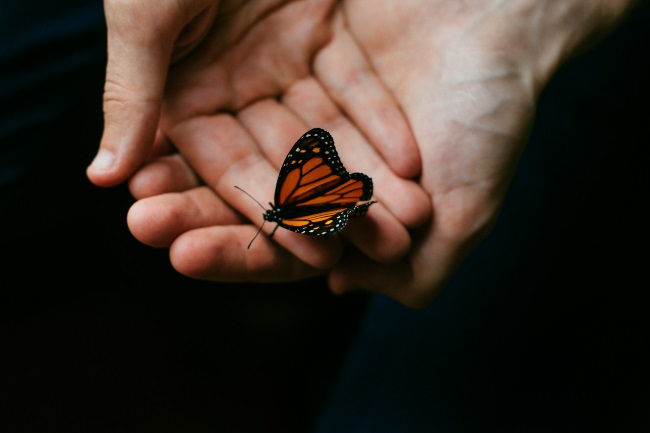 If you find a butterfly that is looking or acting unwell it’s important to find out why it isn’t well, as this will help determine the right course of action to take to help it.

Injury isn’t uncommon among butterflies. This can be because it has been attacked by a predator, such as a bird, or has been stuck in a spider’s web, or that the weather has treated it badly. The injury could be a broken wing or damage to its body, such as a lost leg.

Many butterfly species do not live a very long time. Depending on the species they may live a few weeks to a few months. At the end of their lives, butterflies may become weak or slow, unable to fly. An older individual will often look tattier as well, such as having less colour on their wings.

It’s not uncommon for butterflies to have parasites living on them. Some of these parasites will live on the butterfly without affecting its ability to go about its business. Others will either weaken or kill the butterfly over time.

Pesticides are used both commercially by farmers, but also by many households within their gardens. While pesticides aim to kill off a species that is causing problems by eating a crop or garden plant, they often affect many non-target species as many other insects are using the same area as the pest species. Butterflies can become affected and potentially die from these toxins.

Butterflies need nectar to survive. In our countryside, the number of flowers available has dropped dramatically over the last century. This is in part because farming methods have become more efficient, meaning that wildflowers that were present as ‘weeds’ have disappeared, and land that was not suitable for farming has been taken into cultivation.

Many gardens also hold fewer flowers with some homeowners choosing to put down the stone or artificial turf. With less food available butterflies, they can become sluggish due to not having had enough to eat.

Butterflies are a type of insect, and insects do not produce their own heat. This means that if they become too cold they may not be able to move, and they can die.

How to help a dying butterfly 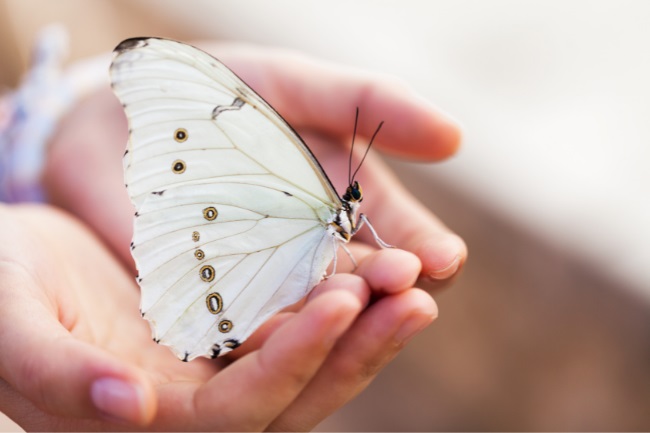 Depending on why your butterfly is dying there may or may not be a way to help it.

Whether or not an injured butterfly can be helped depends on how serious the injury is. It’s also worth considering whether the butterfly needs to be helped. In some cases, the injury will be something the butterfly can survive. Many insects can cope with losing a leg, and butterflies can often get by even with tears in their wings.

It’s worth observing the butterfly and seeing if it can stand and fly. It isn’t possible to save the butterfly if it has very serious injuries and the best course of action may be to euthanize it.

No creatures can escape ageing and unfortunately for many butterflies the clock ticks very fast indeed. Many animals will die by going to a hidden, safe place and becoming slower and less active until they pass away. If you find a butterfly that appears to be dying from old age the best thing to do can be to place it somewhere safe to go through the process, such as in a shed.

There is unfortunately little that can be done about a butterfly that is dying due to parasites. While it may seem cruel to leave the butterfly in this state, it is important to remember that the parasites are living creatures too.

A lack of food is probably the easiest problem to solve. If a butterfly requires food it is best to set it down somewhere close to flowers or provide another source of sugar such as fruit cut in half.

It can be surprisingly difficult to tell the difference between a dying butterfly and butterflies that are in diapause (a form of hibernation) or resting. At night or in the cold butterflies will often be unresponsive or sluggish. Disturbing a butterfly in these states can cause them to use up valuable energy.

If the butterfly appears to be in a sensible spot for resting or being in diapause, such as in a log pile or a shed, and the conditions are right for it to be needing to rest, such as at night or in the winter, then it’s best to leave it alone. If a butterfly appears to be sluggish in the middle of a warm summer’s day there may be more reasonable to assume it is ill or injured.

Butterflies Pollination Explained – What Flowers do They Like?
Next Post: Why and How High Can Butterfly Fly? (& Other Answers)