Ants don’t have ears, but they can detect sound through special organs within their legs. They sense the vibrations running through the ground or whatever surface they are standing on. By detecting vibrations, they are able to warn one another of danger and hunt down prey. 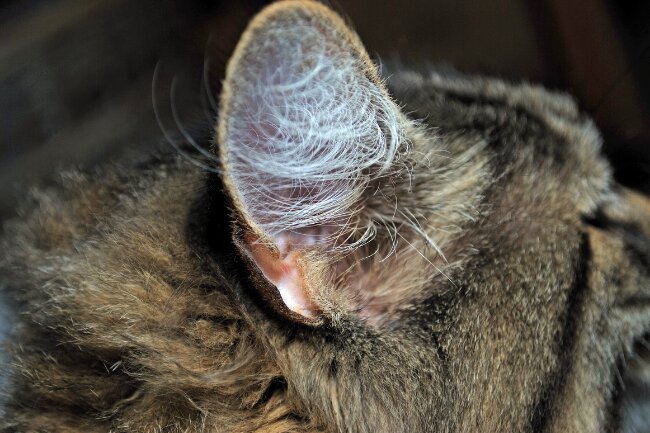 Within the animal, kingdom, ears come in all shapes and sizes. From the pointed ears of a cat to the large, rounded lobes that we share with many of our primate relatives. Many animals do not have obvious structures around their ears, such as birds, however, they still use very much the same system of hearing as we do.

At its most basic, ears work by channelling sound waves towards the eardrum, a taut membrane within the ear. This vibrates with the sound, and other structures further on within the ear, a series of small bones and a snail shell-like structure called the cochlea, amplifying the sound further.

Through these series of structures, the sound is turned into electrical signals that feed into the brain what we are hearing. However, not all animals have ears, relying instead on alternative methods to hear.

Do ants have ears?

Many insects, including ants, do not have ears.

This means that don’t have the external structure of the ear, which can be easily seen if looking at a close up of an ant. But they also don’t possess that internal structure that can come with or without an external ear.

Also read: Do Ants Have Eyes? How and What do They See?

How do ants hear?

It comes as logical to us that a creature without ears cannot hear. In terms of ants’ senses, they rely heavily on touch and smell, their antenna being able to pick up a wide range of chemicals and move to feel objects before them. To communicate with one another, they largely rely on body language and the production of pheromones.

So why would they need sound when they can use these methods to communicate? While pheromones can travel a long way, how fast they travel depends on wind speed and direction. Their sight is also fairly poor in most species, largely needing to get close to objects before they can see them clearly.

Therefore, sound can be a useful tool for being aware of things further away. But how, without ears, do they sense it?

The way we detect sound through our ears is through the sensing of vibrations. Ants simply pick up these vibrations in another way, through their feet. With six legs on the ground, ants can detect the vibrations made by sound using the subgenual organ, which is located just below their joints, and relay this information to their brains. This is a useful additional sense for them to have.

How do ants use sound?

The main things ants use their hearing for is to detect danger and locate prey.

There are many insect sounds we are very familiar with, the chirrup of the cricket, the buzz of the bee, the song of the grasshopper. Yet, many insects appear to be completely mute to us. Ants are not a species that we think of as being particularly chatty, however, many species do produce sound, in particular when they need to indicate that there is danger nearby.

There are a number of different ways that ants can produce sound. The main way is through stridulation. Stridulation is the same method of sound production as used by most grasshopper species. Grasshoppers rub their legs across their wing casings to produce a variety of sounds. Ants by comparison rub their legs across a raised spike on their abdomen.

Another form of warning signal used by some ants is to drum their abdomens on the outside of the ant’s nest, which reverberates throughout the nest, informing the other ants of the dangers outside. Defending the nest, and their queen, is one of the most important jobs of a worker ant, as in many species losing the queen will result in the eventual death of the colony.

Web-building spiders are famous for using the vibration of the silken strands to sense their prey. For many insects, the vibrations they sense through the ground offer the same service. Not all ants hunt other animals, many eat exclusively plant matter, such as leaves and grains, however, for those species that do hunt vibrations can tell them where they might be able to find prey.

A choir of ants

Now, while ants can hear, they certainly don’t use sound in the same complex manner as we do. Their methods of sound production are too basic to give us amazing shows of choral singing within the ant nest, however, being able to detect and make some sounds is a useful tool for the ant’s survival.

For ants, the use of smell is a far more important tool for the everyday intricacies of living in a community of several hundred or even a thousand individuals. We might not be able to recognise our friends and family by scent alone, but for an ant, it’s as easy as it is for us to pick out their voices calling us across a crowd.

How do Ants Communicate? (Different Ways & Situations)
Next Post: Do Ants Have a Heart? What is it for? (Explained)