Bumblebees are small, fluffy bees that feed on nectar and pollen from flowers. They are found across the globe in a wide range of habitats. Though they produce a small quantity of a honey-like substance, it isn’t the same as the honey we get from honeybee species. 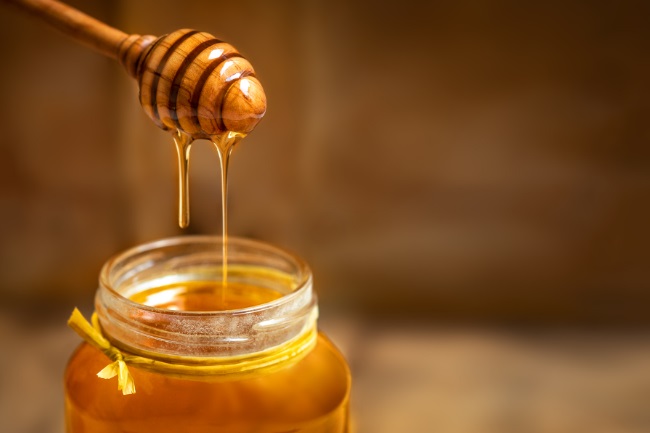 Honey is a sweet and syrupy liquid that humans have been harvesting for centuries, both for food and medicine. Yet, while we generally know that honey comes from bees, few people understand the ins and out of how it is produced.

Not all bees make honey; in fact, more don’t than do. The most famous honey makers are those that have been named after their ability to produce large quantities of the stuff; the honeybees. Of the 20,000 species of bees across the globe, only a handful are honeybees.

Honeybees make honey by gathering up nectar and pollen in their second stomach. Here it is mixed with an enzyme. On returning to their hive, other worker bees take this mixture and deposit it in a honeycomb, then fanning it till its liquid content is reduced from around 80% to 20%.

The mixture is then capped with wax and stored until it is needed in the winter. Pure nectar or pollen stored in this way would simple become spoiled, as it cannot be kept for long. However, by mixing these basic ingredients with the enzymes in the bee’s stomach and reducing the water content, it becomes possible to store it for much more extended periods.

While we tend to eat honey like there’s no tomorrow, it actually takes a honeybee her whole life to make a teaspoon of the precious liquid.

Why do bee’s make honey? 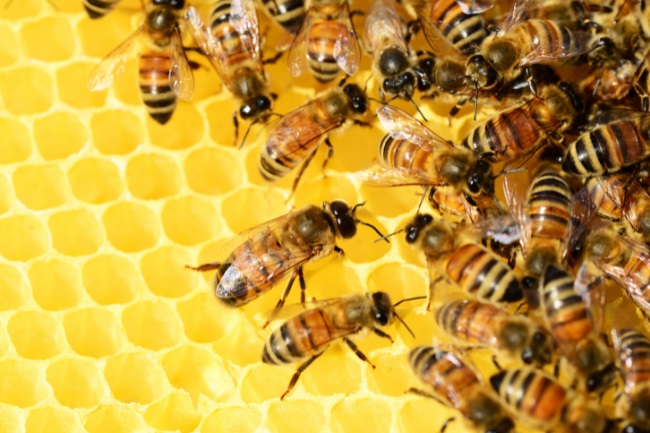 Bee’s make honey as a store of food to last them through the winter. As bees are insects, they do not produce must heat of their own, getting most of it from external sources such as the sun. They therefore cannot move much when it is cold, such as in the winter.

Many bee species simply die during the winter, or some, such as the young and breeding females, go through winter in diapause, a type of hibernation. Honeybees, however, live through the winter as a hive, though it is much reduced in size.

As they cannot forage, and even if they could few flowers are in bloom, they have to store up enough food to survive throughout this challenging time. The honey, with its long shelf life, provides this critical gap filler.

When beekeepers harvest honey, they generally ensure that they leave enough for the bees to get through the winter or replace it with substitute food.

How do bumblebees make honey? 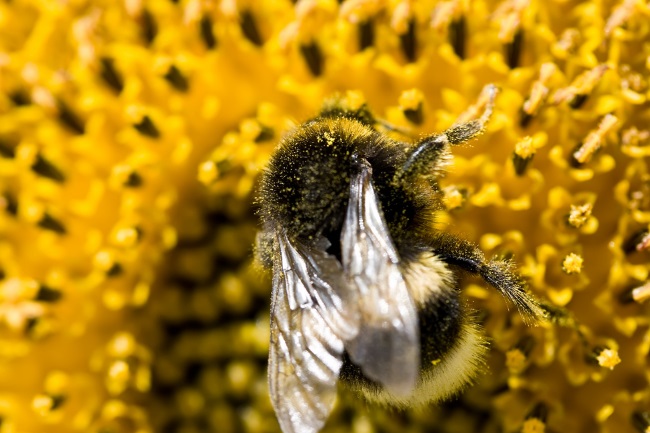 Many species of bumblebees live in hives or nests, just like their honeybee cousins. However, there are a number of differences. Firstly bumblebee nests are much smaller, generally between 50 to a few hundred individuals.

Additionally, bumblebee nests do not survive the winter. The young queen will leave her mother’s nest at the end of the summer, mate and then head below ground to enter diapause for the winter.

In the spring, she will emerge, feed, and form a nest. Throughout the summer, she will lay eggs, producing workers, and finally drones and new queens. The drones and new queens will leave the nest, with the drones dying within a few weeks and the queens entering diapause for the winter. Finally, the queen and her workers in the old nest will sadly die.

Therefore, unlike the honeybees, there’s no one to feed throughout the winter months, with the new queen being asleep and the old queen, the workers and the drones all having died. However, bumblebees do produce a form of honey, though it is not the honey we have come to know from honeybees. 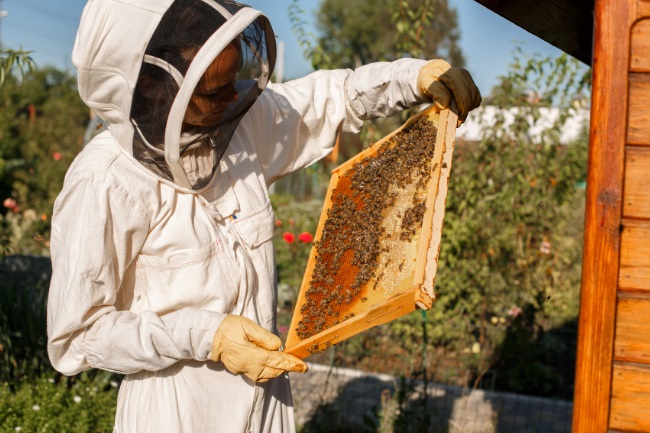 Within the bumblebee nest, there are a series of nectar pots. These are little round containers made of wax. Unlike the honeybee’s wax comb, these pots are not particularly organised and are built around the nest in a haphazard manner.

The first pot is made by the queen when she establishes the nest. She fills it with nectar she has gathered in her stomach on her foraging flights and then feeds from it as she incubates her first batch of eggs.

Once the workers have become adults, they will take over the task of making and filling the nectar pots, and both the queen and they will feed on them.

Unlike honey, the nectar isn’t reduced down, so it is much more watery, and it is consumed more quickly. There is also much less of it as it is an immediate food source for a much smaller workforce, rather than something to keep a whole hive alive throughout the winter.

Theoretically, this type of honey can be gathered from the bumblebee nest. However, it would be such a small quantity that it wouldn’t be worth it. Additionally, it would mean destroying the nest and potentially harming the bumblebees and their young, hardly a fair trade for a spoonful of honey.

Once inside, these artful criminals can help themselves to the hard-won nectar and lay their own eggs in place of the queens. Often she will even kill the queen and replace her. The unwitting workers will continue to serve their fake monarch, raising her young, who grow up and leave the nest to prey on other bumblebees.

To perfect the subterfuge, cuckoo bumblebees actually look like their hosts, with similar markings and colours. This means they are very specific to which type of bumblebee they will parasitise.

Because of this stealthy lifestyle, cuckoo bumblebees do not need to make honey, instead, feeding on nectar and pollen to satisfy their own needs, not thinking of anyone else.

A spoonful of sugar

As humans, we tend to view other species in terms of what use they can do for us. Honeybees have become highly valued because of their ability to produce harvestable items such as wax, honey and royal jelly.

While many people may be disappointed that they won’t be able to pour bumblebee honey onto their porridge, the honey that these insects produce is perfectly proportionate to their need for it. Producing large quantities of honey would be a waste of their resources and time.

A bumblebee nest aims to produce the next generation of bumblebees and send out healthy queens and drones so that sexual reproduction can occur. Without hungry mouths to feed through the winter, any honey stored would just go to waste.

This doesn’t make them any less valuable as a species than the honeybee, not that they would care where they come in the popularity contest.