Paint black and yellow stripes on anything, and it will instantly bring to mind bees. Yet many bees have forgone the gaudy yellow and gone for a little black number. This can have advantages of making them more difficult to spot by predators.

Not all bees have stripes 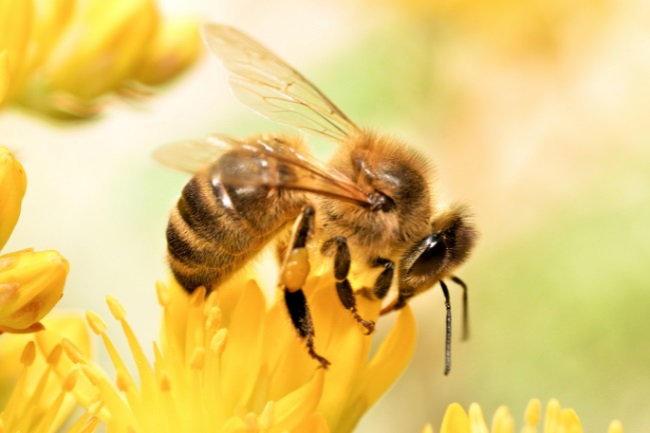 If we were asked to draw a bee using a set of coloured pencils, no doubt most of us would draw black and yellow stripes. However, bees come in many different colours, from metallic greens to bright oranges.

Most animals go for one of two strategies when it comes to how to dress. Either stick out or blend in. Those that aim to blend in often do so either to hide from their predators or to disguise themselves from their prey. Brightly coloured or strongly patterned species, however, are usually sending another signal.

The typical black and yellow patterning has evolved in many species for a particular purpose; these are warning colours to tell predators to stay well away.

With a nasty sting to back up their warning, most predators will learn to leave bees alone after one or two failed attempts. Other animals, such as hoverflies, even copy this disguise, trying to scare off their own predators, despite having no way to follow up the threat.

So why haven’t all bees stuck with this strategy? For some bee species, it may be that hiding is a more effective solution. The reason these species prefer to remain unseen can vary. It may be that they or their stingers are too small to make a real impact, meaning over time, the stripes lose their effect of scaring off predators.

An all-black disguise can help these insects hide in the shadows, being far less evident to other, more brightly coloured creatures. In some species, the female may still have the stripes, while the male lacks them. This could be because males do not have a stinger or because males need to spend more time in the open looking for females to mate with, and therefore need to be more hidden.

Whatever the reason, there are a number of all-black bees across the world; here we can introduce you to a few of them. 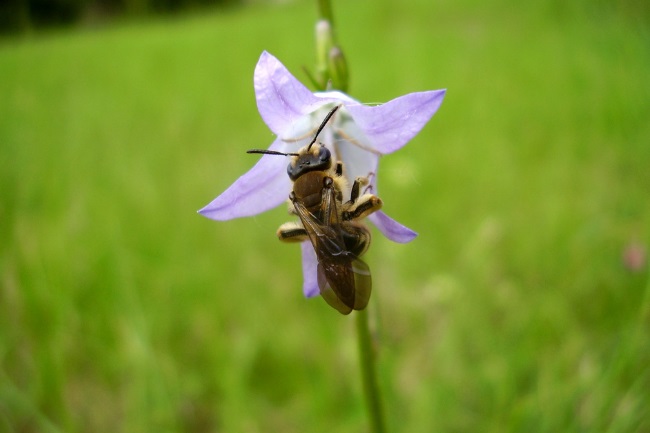 The hairy-footed flower bee is often mistaken for a bumblebee because of its fluffy nature and large size. The male and females have different colouration, with it being the females that are almost entirely black. Only their legs give them away, the long hairs coloured ginger.

Emerging early in the spring, they are common in gardens and parks and are essential pollinators for spring flowers. 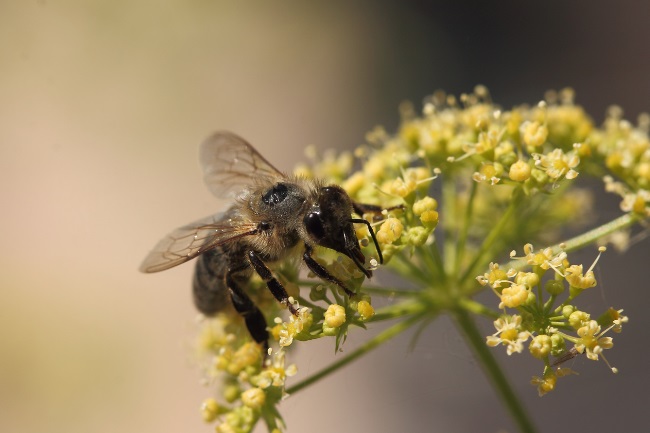 The Western honeybee, our many commercial bee species throughout much of the world, originated in Africa and spread throughout Europe and Asia. As it spread, it formed distinct subspecies.

The most common subspecies used for commercial beekeeping is the Italian honeybee. However, the black honeybee is a subspecies native to the UK and is making a comeback in beekeeping circles.

The reason for the rise in popularity of the black honeybee is that it has traits more adapted to the British climate, and beekeepers are therefore trying to use crossbreeds of this native bee and more commercial species to make a healthier hive.

The small scissor bee is a solitary bee in the mason bee family. It is black and shiny, reaching up to 7mm (0.27in) in size. It is widespread throughout Europe and North Africa and the smallest bee in the UK, where it is found throughout Southern and Central England.

Its slender body and sparse hairs make it appear somewhat like a wasp. However, this slim build allows it to nest in empty woodworm holes. Like other mason bees, it collects pollen on the base of its abdomen rather than in pollen baskets like honey bees. 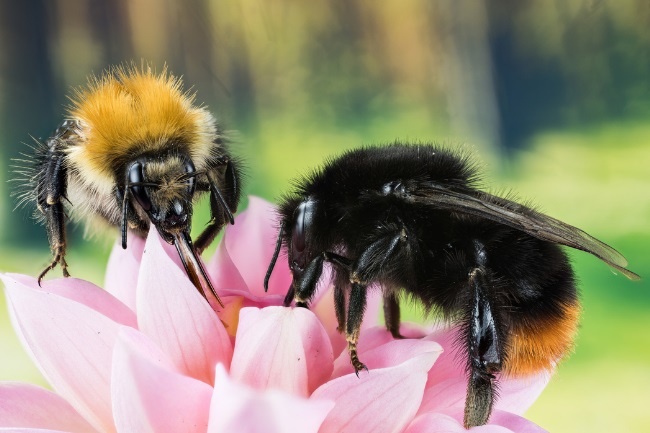 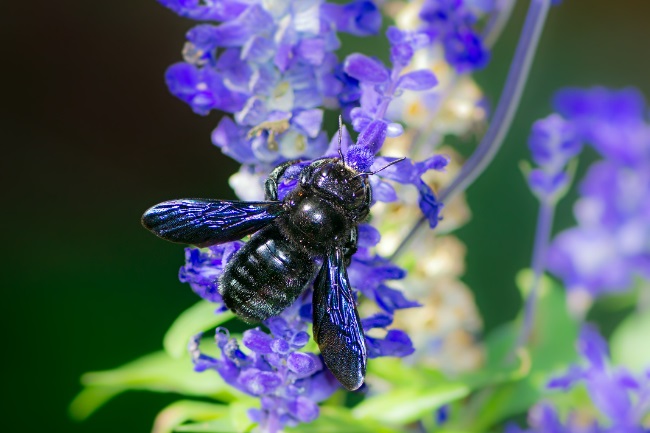 The violet carpenter bee is a large dark bee with a blue sheen to its wings. It is found throughout Europe and in Asia. Like other carpenter bees, it is so named as the adult uses its large mandibles to bore into the wood, where it lays its eggs.

Stingless bees are so named not because they don’t have a sting but because their sting is too small to use in defence. The Mexican robust stingless bee is a small shiny black bee. It lives in a colony with a queen that produces all the young. It is found throughout Mexico and nests in hollow tree logs. Like honeybees in the Apis species, it has been kept by beekeepers for its honey production since the Mayans.

There may be something appealing about the traditional black and yellow of your common garden bee species, but the diversity of bees is one of the things that makes them really fascinating. From the way they live to how they look, there’s always something new to learn and so much we don’t yet know.

Do Bumblebees make Honey? (Comparing Them To Bees)
Next Post: How Long Does a Bumblebee Live? (Queen, Workers, …)