Butterflies do not mate for life, though many of them will only mate once before they die. Most females may only have one partner, but males will seek out several individuals to mate with to increase the amount of young they father. 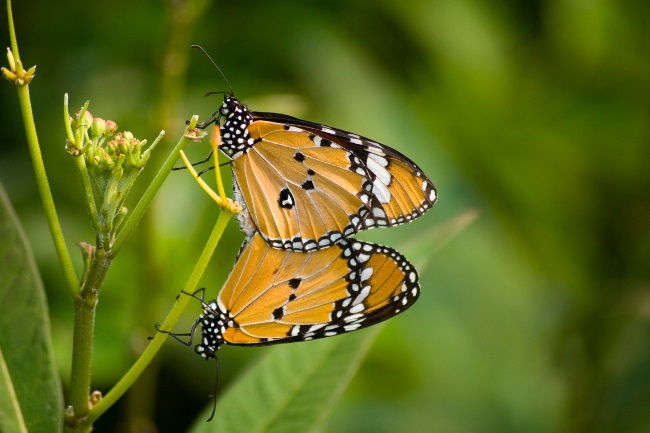 Mating for life is surprisingly rare within the animal kingdom, but not unheard of. Many species take the path of monogamy, from bald eagles to beavers.

For most species, this will either mean they are part of a family group where one member is their partner, such as with wolves, or that they spend much of their time apart and then return to each other to mate and raise their young, such as in albatross species.

While we may find lifelong partnership romantic, it has its ups and downs when compared with less loyal strategies. By having offspring by several different partners many species ensure the young they produce carry a range of genes, meaning that if some genes are weaker there will be stronger ones in the mix too.

For males in particular it can also increase the amount of young they can produce, as in most species they take no part in child-rearing, and therefore can mate with many females over the mating period.

For ‘married’ couples the approach has more to do with quality than quantity. They have chosen their partner carefully, and will often raise young together. In this way, they hope to produce the best possible offspring they can. They also grow together, learning how to be good parents.

Keeping to the same partner save energy as they avoid the yearly need to compete for a mate, a time consuming and often labour intensive process. Instead they can devote this time and energy to their family.

Even in species that are known for lifelong partnerships, however, there are incidents of ‘divorce’. Divorce often occurs after one or several failed attempts at raising young. Either the young do not reach maturity or the mating results in nothing.

Whichever path animals have decided to take there are benefits to both strategies, though one may seem more appealing to us than the other. So when it comes to our beautiful but flitty little butterflies, what path have they taken? 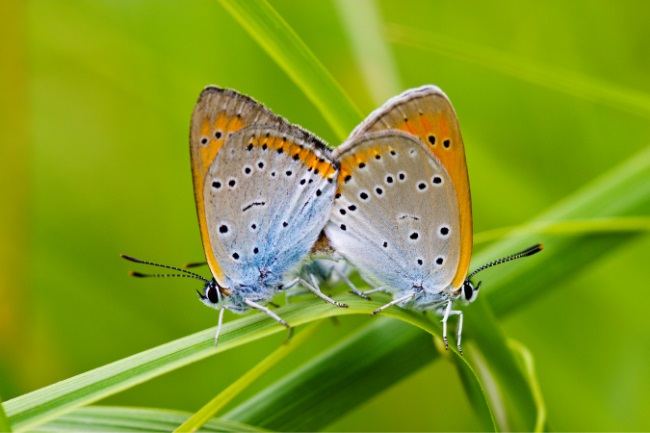 When it comes to natural beauty you really can’t beat a butterfly. From bright colours to stunning patterns, they seem to have it all. Yet who, when you get down to it, is all that finery for?

Butterflies use their colours for many different services. Many use it as camouflage, such as the speckled wood, whose brown and cream colours blend well into its woodland environment. Some use it as a warning, such as the bright eyespots on the peacock butterfly. However, one important use of the butterflies’ beauty is to attract a mate.

Many species that have brilliant displays use the brightness and clarity of their colours to help denote how fit and healthy they are. As with us humans, poor diet, stress and illness can cause an animal to rather lose its lustre.

In almost all species it is the female that appraises the male when it comes to courtship, and butterflies are no different. This is in part because the female has a bigger task ahead of her when it comes to producing and laying her eggs. The male has a smaller contribution, requiring less of his time and energy reserves, so she is keen to be picky, getting the best of the batch to ensure her children are good and healthy.

As well as colour female butterflies often demand a display of strength. This can be through an aerial display, a romantic chase, or through conquering and keeping a valuable territory. The red admiral is well known for its fancy flights. Male butterflies often spend their time before the females appearing in battle with other males, or overeagerly chasing after anything that enters their space.

Finally, in some species, the female may require a more delicate display before allowing him to mate with her. Species such as the wood white spend time gently waggling their antennae to communicate their love.

For most species, all these demonstrations of love take place one on one, but in very few butterflies they go in for a group display, such as in the small heath. Like some bird species, these males form leks, where all the men display together for the female to choose the best.

Also read: When and How Do Dragonflies Mate? (Questions Answered) 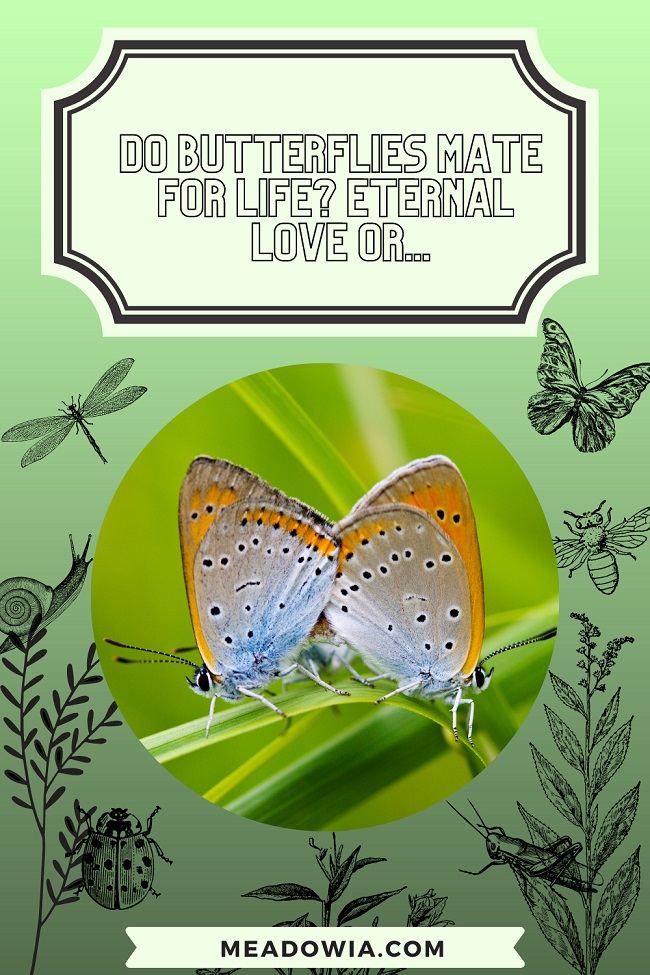 When it comes to the question of whether butterflies mate for life the answer isn’t perhaps as simple as it seems.

After courtship, many female butterflies will mate with their chosen partner and then avoid all other suitors until they’ve laid their eggs. For some species this will be the only time they mate, dying shortly afterwards, meaning that technically you could say they mated for life.

However, not only is it questionable stating they mate for life when they only perform the act once before death, but generally, the males do not adhere to this idea, heading out in search of other females to mate with if possible.

So while a butterflies courtship may well be beautiful, complex and romantic, they don’t bother with exchanging rings.

How do Butterflies Communicate? (4 Methods)
Next Post: Can a Butterfly’s Wings Grow Back? (Explained)