Butterflies don’t communicate with speech like humans but have many other subtle ways to get their meaning across. From the anger they portray in their aerial flights, to the wafts of love they release to help find their mate, they are constantly communicating with each other and the world around them.

Why do butterflies need to communicate?

For a long time, humans assumed that we were the only ones with any kind of language. Today, however, we have realised that all kinds of creatures communicate with each other, and even with other species.

Why they would want to communicate with others is very easy to fathom. From finding a mate to scaring off predators, even to getting a lift from some passers-by, it’s amazing what can be achieved by a little bit of chatter.

This communication doesn’t always take a verbal form, and with butterflies, it can’t, as they don’t possess mouths or vocal cords. However, nature has found many different ways to talk.

Also read:When and How Do Dragonflies Mate? (Questions Answered)

How do butterflies communicate? 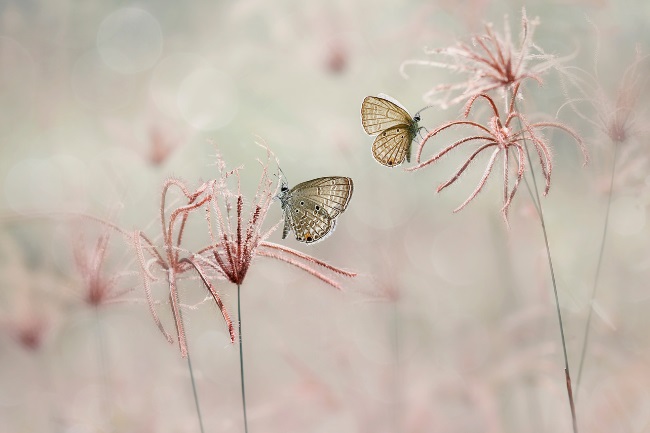 There are many different methods of communication used by butterflies, some of which are universal and some which are used only by a few species.

Colour is perhaps the most obvious method butterflies use to communicate. We may think of butterflies wings as purely decorative but to the right viewer, they are like a natural billboard, telling the observer all they need to know.

Bright colours and striking patterns, for example, inform predators that the butterfly is poisonous. This is a helpful bit of information for both parties. For the predator, it prevents them from eating the butterfly and becoming ill, and for the butterfly, it prevents it from being eaten.

Unfortunately, butterflies also know how to lie, with some non-poisonous species copying the colours of their poisonous fellows to get a free ride.

We may think of butterflies comings and goings to be completely random yet, some of their flappings are very much targeted. During the mating period in particular males can be very aggressive, keen to kick everyone out. Their rapid flight towards another creature is often a warning to ‘get lost’.

If it is another male butterfly of its own species entering its territory then these signals can get even more direct, with an aerial battle ensuing as the strongest male aims to win the desired patch of ground.

But movement can also be used to perform a dance of love. Females will often expect a courting male to perform a romantic ballet for them to get them in the mood. Not only does this show his enthusiasm, but it also demonstrates his fitness.

3. The smell of love

Pheromones are one of the most common ways that butterflies communicate, though they aren’t particularly obvious to us. Both males and females release scents to attract and communicate with the opposite sex. Often males can pick up a female’s scent from quite a distance, helping them to find her.

While butterflies may not have mouths to speak, they can still produce sounds. The Cracker butterfly, for example, closes its wings sharply to create a crack, as a part of their territorial display.

Many butterfly species can make squeaking sounds while they are in their pupa or chrysalis. These can help to alarm predators into leaving them alone. Some blue butterflies, such as the Alcon blue, use sound to fool ants into thinking they are one of them. They are therefore ferried into the ant colony and protected until they become an adult. 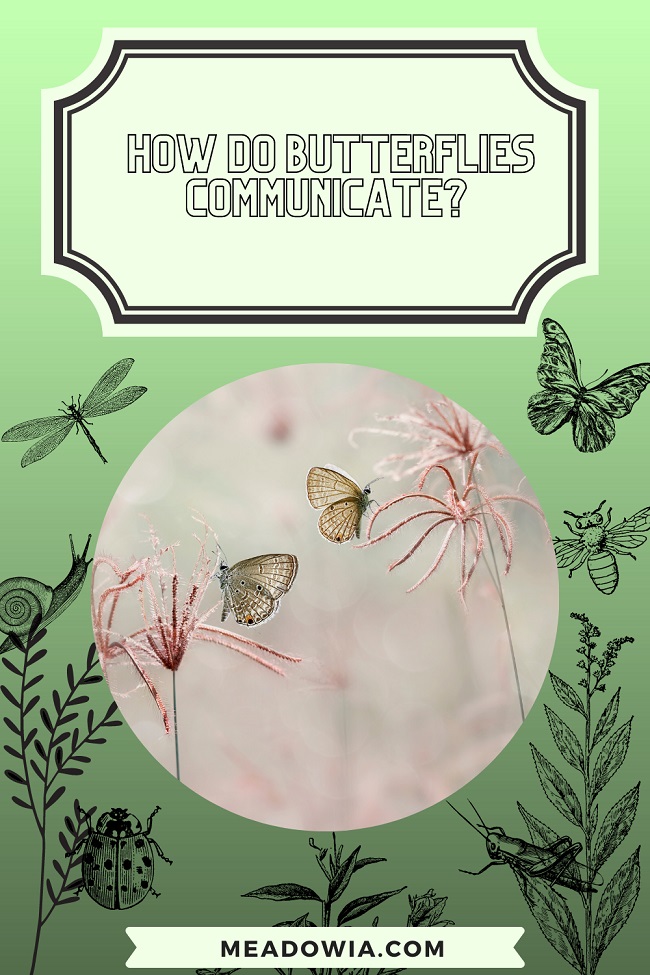 Walking through a wood talking to the person beside us it may appear that we are the only ones holding a conversation, but in fact, the world around us is full of busy chatter. The trees are pouring out chemicals to tell their neighbours to be wary of the aphids, the birds are singing out their claim to their nesting spot, and the bees are happily waggling out their dance to tell where the best flowers are.

We may have mastered the art of speech, but that doesn’t mean the rest of the world doesn’t have plenty to say. Whether they tell us in colour, dance or through an irritable squeak, butterflies certainly have a great deal to say.

Can Butterflies Sting? How do They Protect Themselves?
Next Post: Do Butterflies Mate for Life? Eternal Love or…