Butterfly wings are made of two thin layers of chitins, with a network of veins in between. On the surface, they are all covered in many tiny scales that add colour to the wings.

The anatomy of a butterfly’s wings 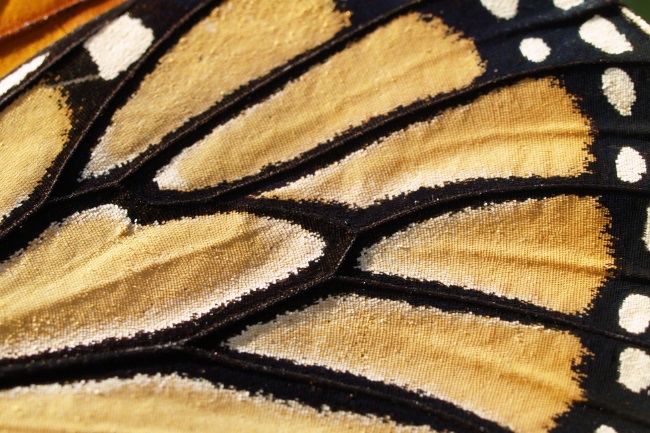 Though the many different species of butterflies across the world have a wide range of different types of wings in terms of shape, colour and size, they all have certain things in common. For a start, all butterflies have four wings arranged in two pairs, the forewings and the hindwings.

When naming the parts of these wings the top edge, towards the head of the butterfly, in each wing, is called the costa. The inside of each wing, where it attaches to the thorax, is the basal section, and moving outwards the next two areas are called the discal and postdiscal segments. The wingtip is finally known as the submarginal.

The wings themselves are made of two thin layers of chitin. This is the same material that our fingernails and hair are made from. Attached to the chitinous membrane are many thousands of tiny scales. These are adapted hairs, which have multiple functions for the butterfly.

strictly they are the part of the wing that carries the colour, either in pigment form or in a reflective structure that causes iridescence. These colours help the butterfly to attract mates, camouflage themselves and warn predators that they are poisonous.

Beyond providing colour the scales also help to capture and circulate warmth around the butterfly’s body. This is important because the butterfly is cold-blooded, meaning it does not make its own heat. You will often see butterflies basking in the sunshine with their wings held open to try and warm themselves.

The butterflies use the veins to pump their blood around the wings, helping to release heat when they are too warm and draw heat back in when they are too cold. This regulation is very important as overheating can be as much of a danger as becoming too cold is.

The scales also acts as a defence mechanism. If you’ve ever touched a butterfly you’ll have noticed how the powdery scales come off in your hands. The scales are easily broken off to allow the butterfly time to escape capture. However, this also damages the butterflies wings so too great a loss of scales can be harmful to them.

Some of the butterflies scales are adapted to carry the scent. The hormones released from these scales help them in attracting a mate. In butterfly mating rituals the males will sometimes waft their wings at the females in order to enrapture them with their scent.

These scented scales are usually gathered in scent pads, areas where special hollow tubes can help to release the scent. These areas have also been shown to radiate out heat when the butterfly is too warm, a useful second purpose.

How does a butterfly make its wings? 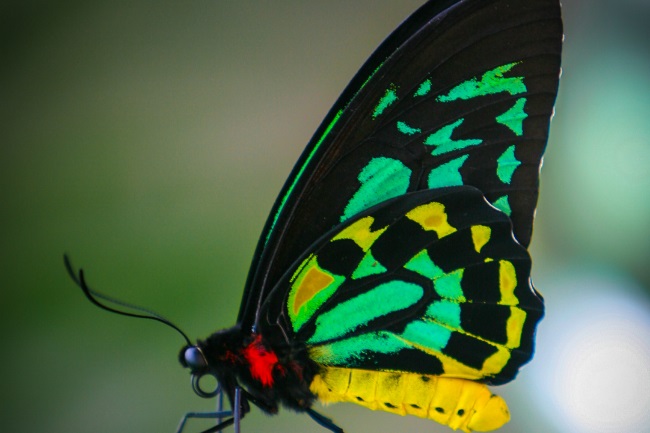 After having rebuilt itself the butterfly emerges triumphant, pulling its new body out of the casing. At this stage, its wings don’t look anything like as impressive as they should. They are shrivelled up folded little things, that certainly wouldn’t be able to take off.

In order to get them into prime condition, the butterfly needs to pump blood into them along the already existing veins. With this action, the tiny creature slowly inflates and unfurls its young wings. These then need to be allowed to dry before the butterfly can use them.

While they are still wet they are very susceptible to damage. Even the brush of a leaf could be enough to deform the wings, meaning the butterfly will never be able to take to the air. Butterflies try to perform this delicate task out of the sight of other species as it is the ideal time for predators to swoop down and grab a tasty bite.

Do butterfly wings have bones?

Butterfly wings do not have bones but they do have veins, which are used to pump up the wings when they emerge from the pupa. The veins may look a little like a bone structure as they are often clearly marked across the surface of the wings.

Unfortunately for butterflies, their wings are not able to heal. Often you may catch a glimpse of a raggedy butterfly fluttering from flower to flower with a small tear or chunk removed from its wings. This is usually because it has had a narrow escape from a predator, or suffered from extreme weather conditions.

Once this damage has occurred there’s nothing the little creature can do. If the injury is small they will still be able to fly and continue with their lives. There may be more effort involved than before, which can leave them with a disadvantage, however. Very serious damage can result in an inability to get off the ground, or even in death.

There are a few butterfly species around the world where the transparency of the wings is really obvious. Perhaps the most famous is the glasswing butterfly, which has large areas of its wings that appear completely transparent.

For this species allowing light to pass through its wings helps it to camouflage and therefore evade predators. However, on a more technical note, all butterflies have a similar transparent membrane under their colourful scales.

This is in part to do with the material the wings are made from, chitin, and how thin it is. There is also no advantage to the butterfly expending energy to produce a colourful underlayer when the scales are already carrying out this particular task.

How do butterflies fly? 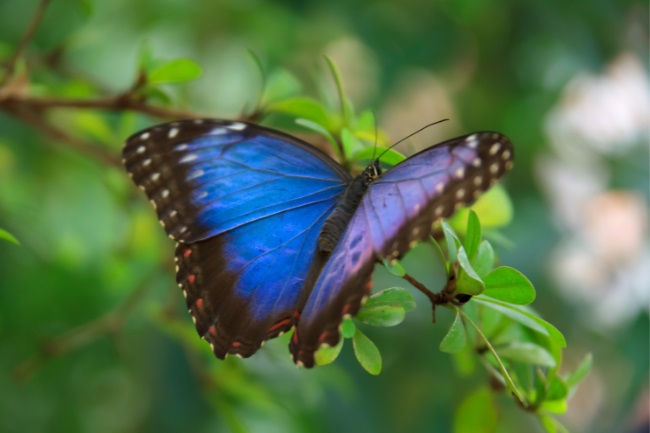 When compared to birds a butterfly’s erratic flapping seems rather less efficient and effective. However, these little insects undertake vast migrations and fly up to the top of some of the highest mountains. So how is it possible for their flimsy-looking wings to take them so far?

The science behind a butterflies flight is still being researched, however, new studies have found that butterflies clap their wings together during flight, propelling them forward with a burst of air. Even more technically the clap isn’t two flat wing edges hitting each other, but two curved wings, creating a kind of loop. This adds to the effectiveness of the clap.

As well as the clapping motion butterflies contract their bodies in flight, to pull their wings up and round in a figure of eight. It is this motion that lifts them. The size of the wings is also important. The size of a butterfly’s wings compared to its body is surprisingly large, with butterflies able to fly with much smaller wings if they become damaged.

It is thought that this helps the butterfly to be able to change direction more quickly, potentially helping it to swerve out of the way of hungry mouths. And although the zigzag flight of a butterfly may seem pointless to us, it’s thought this helps them to evade predators.

While we may be dazzled by the range of the butterfly wings we see across the world perhaps the more amazing thing is that they are composed of the same basic ingredients. The reason for this is probably that this tiny insect has found a path to success, without needing to change all that much from species to species.

It is probably a sign of our jealousy for the butterflies amazing abilities and beauty that we like to draw images of humans with butterfly wings. Unfortunately, even if we could build wings large enough they would be far too heavy to get off the ground. Perhaps we’ll just have to leave the flapping of colourful wings to the experts.

Is a Butterfly a True Bug? (Explained)
Next Post: Do Butterflies have Eyes? What do They See?