Most ladybugs enter diapause over winter, a state similar to hibernation. They overwinter as adults, becoming active when the weather warms in spring.

Ladybugs of the world 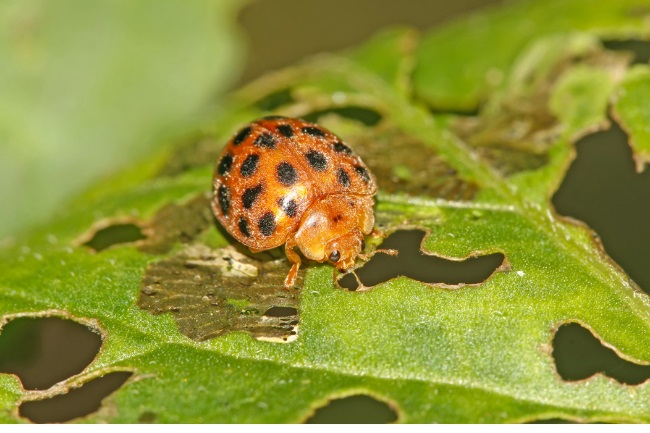 There are over 6,000 species of ladybug in the world, with these attractive beetles found on every continent aside from Antarctica. However, the majority of species are found in temperate zones, where seasons change throughout the year from warmer summers to cooler winters.

Many insects cannot survive the colder winter temperatures and grow and reproduce in the summer before dying off in winter, meaning they live for less than a year. Yet, some species have learnt to cope with the colder temperatures by using various survival strategies.

As insects require some warmth to function, most species cannot remain active in the winter months. Some that live in very sheltered conditions, such as underground or inside rotten trees, can remain active longer as temperatures will stay more stable.

Those insects that do not die, and cannot remain active, will often enter diapause. Diapause is very similar to hibernation. It describes a state where animals cease to develop and can be applied to eggs, larvae, pupa or adults.

The main difference between hibernation and diapause is that, because insects are cold-blooded, they do not lower their body temperature in the same way a hibernating mammal would. Diapause isn’t always caused by cooler temperatures and can also occur during hot periods, or when sufficient food isn’t available.

Do ladybugs die in winter? 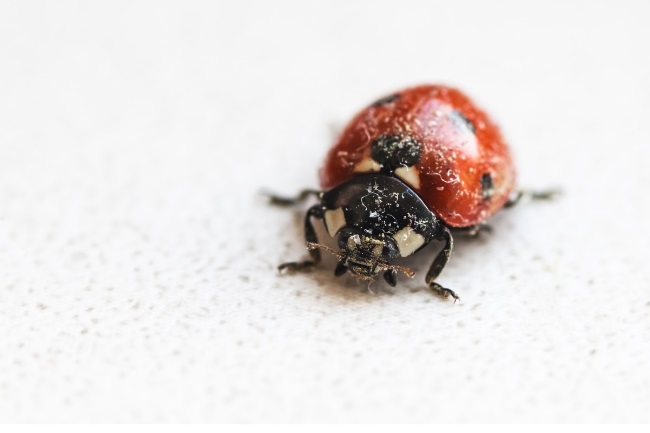 Most ladybug species will live 2-3 years. Most spend the winter as adults after developing from an egg through the larval stage during the summer months.

Some ladybugs may die in the winter if they haven’t eaten enough to get themselves through the long cold period when little food is available. Additionally, if they haven’t chosen a suitable location, they may die of cold or be discovered and eaten.

Most ladybugs look for a warm and sheltered spot once the weather becomes too cold, such as under tree bark or on the outsides of windows. Once settled, they release pheromones to encourage other ladybugs to join them for protection. The ladybugs will then enter diapause till the weather warms enough for their main food, largely aphids, to have begun breeding.

Also read: What Does a Ladybug Larva Eat? (Explained)

Do ladybugs hibernate in winter?

Technically, ladybugs do not hibernate; however, colloquially, people often use ‘hibernate’ to describe when an animal is inactive during the winter months.

For this reason, you often see ladybugs described as hibernating for part of the year.

What should you do if you find a ladybug in winter?

Because of their need for somewhere warm and sheltered in the winter, many ladybugs find their way into people’s houses or sheds. If you find ladybugs during the wintertime, the best thing you can do is leave them in peace to wait out the cold. 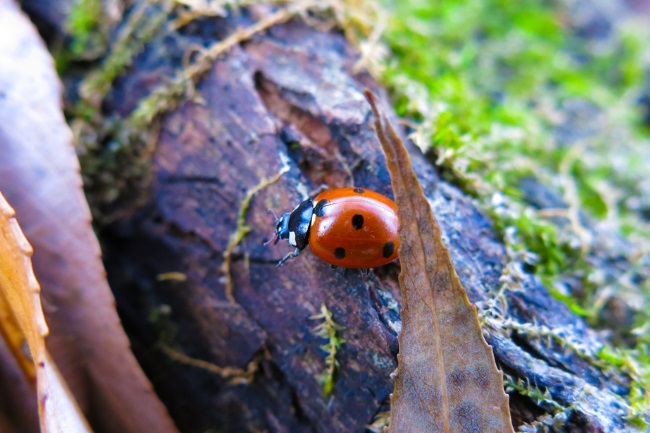 However, if you have to move them for any reason, be careful to relocate them somewhere else sheltered and dry, such as a log pile. Make sure they have the option to leave and go elsewhere if the spot you’ve chosen isn’t right for them.

What can you do to help ladybugs survive the winter?

The best thing you can do to help ladybugs get through the winter is to give them plenty of places to hibernate. Dead trees or log piles are excellent for lots of insects over winter, as are rockeries or stone walls. Also, make sure you don’t cut everything back, as hollow stems or dense vegetation can also be useful for sheltering invertebrates.

How do I know if a ladybug is dead?

It’s very obvious to us when mammals or birds are dead, but insects can be tricker. Many insects have adapted to stay still for long periods of time, either to evade the sharp eyes of predators or to ambush prey themselves. Many can also play dead in order to escape being eaten, something that ladybugs often do if frightened. Additionally, due to their need for external heat to function, many will be still when the weather becomes inclement or during winter when they are in diapause.

As a rule of thumb, if you find a ladybug on a warm day that’s not moving, you can sit and wait to see if it moves to check if it is still alive. During winter, when the weather is cold, you might not be able to see it move for a long time. If you’re really curious, you can revisit a diapausing ladybug in the spring to see if it’s started on its journey again.

Ladybugs do not die off in winter, as we often come to believe. Just because we can no longer see them wandering through the undergrowth does not mean they have disappeared entirely. Just like many insects, they are still there, tucked away in tussocks of grass, hollow stems, and beneath rotten logs, waiting for the warmth to return to drag them from their beds.

How to Attract Ladybugs to Your Garden? (Gardener’s Friends)
Next Post: Why are Young Caterpillars Left to Look after Themselves?