Butterflies and moths do not take care of their young. Instead, they produce a large number in the hope some will survive to adulthood. 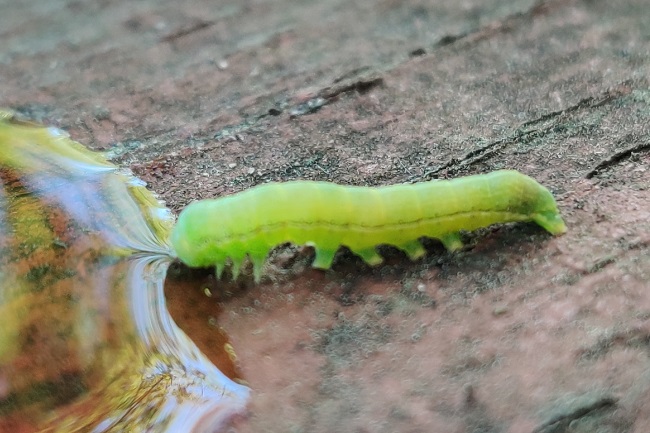 As humans, we often interpret the actions of other species through a lens of our own emotions or moralities. For us, the idea of abandoning our young to their fate would seem intolerably cruel, yet in the animal kingdom, it is a highly successful and common strategy.

Biologists tend to divide animals into K and R strategists. These two groups have developed wildly different breeding habits to take advantage of opportunities within their environments.

We sit with the K Strategist. This is a group that has fewer offspring but gives more time and energy to rearing and caring for them. K strategists tend to have one or two young at a time, and the young will spend many years with their mother as they slowly develop.

Other examples in this group include animals like elephants, primates and giraffes. Many mammals fall into this group.

R strategists are very different in their treatment of their young. This group reproduces in large numbers, expecting that most of their young will not survive to adulthood. They play the numbers game, with their offspring often being very small and heavily predated.

Most do not take care of their young, simply abandoning them. Many that hatch from eggs will never even set eyes on their parents. This group includes most insects, many bird and reptile species, and well as some mammal.

Not all R strategists abandon their young altogether. Some like earwigs and mouthbrooder fish do give some parental care, but for most it’s more effective to put their energy into producing more young than to try and offer any kind of kindergarten. 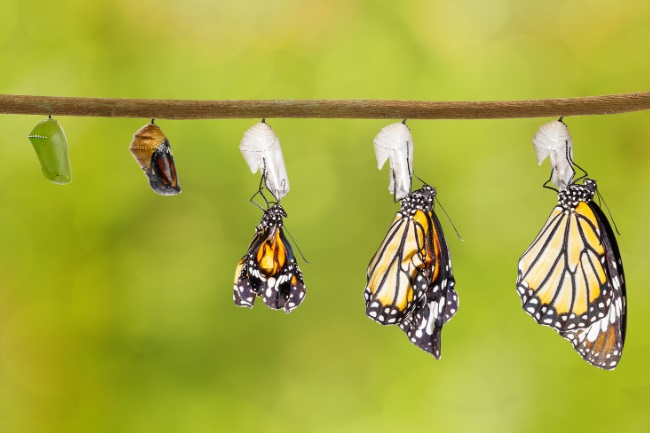 Butterflies and moths are R stragegists. This means they lay large amounts of eggs but do not stick around to care of the young. Sometimes they’ll put all their eggs in one basket, laying their many offspring in one place. Other times they’ll spread them out, applying one here and one there.

Unfortunately for the young caterpillars, they are an incredibly nutritious food, highly sought by many birds and mammals and even other insects. Due to their relatively defenceless nature, there’s little they can do once a hungry predator turns up. Therefore it’s better to produce as many as possible and hope a few survive.

Also read:
What do Caterpillars Eat? (Vegan vs. Carnivore Caterpillars)
How Does a Caterpillar Turn Into a Butterfly? (Explained)

Yet, our female butterflies and moths don’t completely abandon them to their fate. Most Lepidoptera mothers ensure they lay their eggs in a suitably hidden spot on the caterpillar’s favourite food. They also provide tasty egg casings as the caterpillar’s first food. It might not be what we expect for our children, but it certainly gives the insects a decent start in life.

We might think helicopter parenting is the best way to ensure our young’s survival, yet hanging around could put caterpillars in danger.

Because of their inability to make a quick escape, many caterpillars are camouflaged to go unnoticed. Though some butterflies and moths use cryptic colouration, many are brightly coloured and conspicuous.

With their wings to carry them off, this is less of a risk for these adults, yet if they hang around their eggs or young for too long, they’ll call in predators to their defenceless caterpillars. As the adult has no means to defend their young, it only adds to the danger, rather than decrease it, to fuss about their offspring. 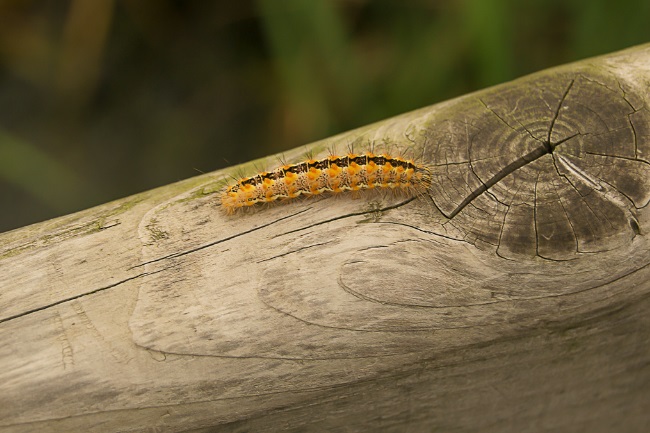 It might seem dark to us to allow some of our young to be sacrificed so others can survive, yet this is very common in nature. Female ostriches lay eggs in a big pile, with the less senior females having to position theirs around the edge, where they are more likely to be predated.

In big shoals of fish or flocks of birds, no individual has decided to give up their life for the greater good, but weaker or smaller individuals often end up in more vulnerable positions, the stronger individuals taking the safer or more advantageous spots.

It’s taking advantage of safety in numbers that also dictates the fact that many butterflies and moths lay eggs around the same time. They overwhelm the predators and ensure that their natural enemies can never eat all the food available to them. If the caterpillars were staggered throughout the year, the predators would have more of a chance of picking them off a little at a time until none were left. 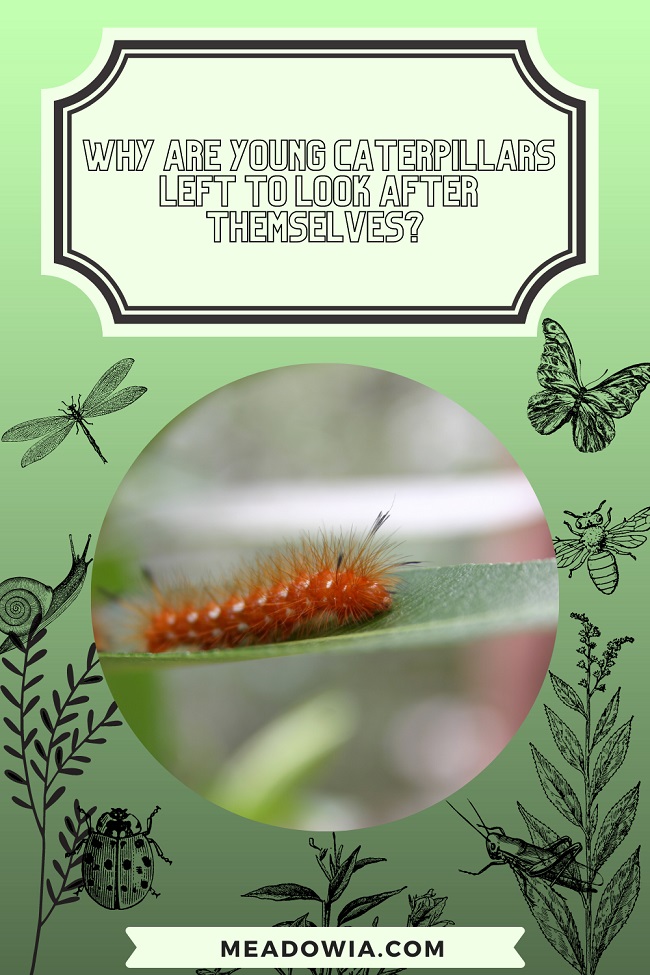 Not all caterpillars are complete defences, some being poisonous to eat or even having toxic or irritating spines. Though their parents may not shelter them as they grow, they are given the best chance to conquer the constraints and pressures their environment places on them. And clearly, the strategy is working for them, just head out on a sunny day and watch the butterflies fly triumphantly through the air.

Do Ladybugs Die in the Winter? Do they Hibernate?
Next Post: What do Grasshoppers Eat and Drink? (Explained)