Caterpillars are eating machines, trying to grow as quickly as possible to become adults. Yet all the energy they pack away makes them tasty snacks for other hungry mouths. And without much in the way to defend themselves with, it’s very easy for them to end up at the sharp end of the food chain.

Caterpillars are classic bird food and probably one of the insects we most associate with birds. One of the reasons many birds rely on caterpillars so heavily is that they appear just at the time when many bird species need a boost of energy, that is during the nesting period.

All manners of birds will happily eat caterpillars, from wrens to tawny owls. Still, some, such as the pied flycatcher, are so reliant on these wiggling little larvae that the shift in caterpillar emergence, occasioned by climate change, has caused a disastrous fall in their numbers. 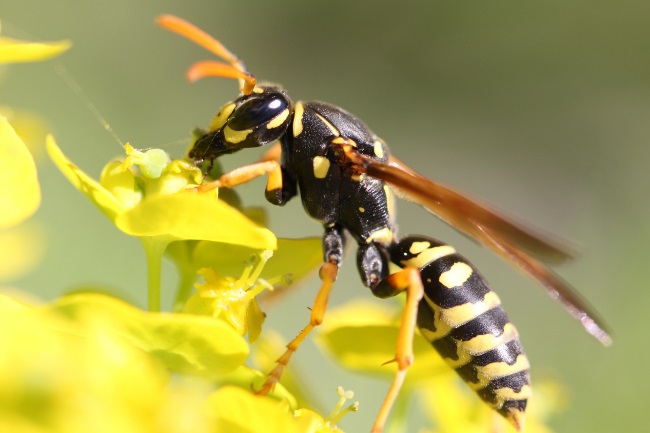 We may not think of wasps as eating meat, but they are, in fact, a very carnivorous bunch. Many of the wasp species, such as the European wasp and the common wasp, target certain insects species to get their fill of energy-rich meat. Caterpillars are very easy and readily available fodder, which they can easily pick off a leaf and munch down on.

Other wasp species are even more gruesome in their treatment of caterpillars. Parasitoid wasps, such as ichneumonid wasps, lay their eggs in other invertebrates. Caterpillars are a favourite host of many species. Once the egg hatches, it usually eats the larvae from the inside out. Some wasps are so cleverly evolved that they leave the vital organs till last, so the caterpillar lives are long as possible, meaning the meat remains fresh.

Also read: Why are Young Caterpillars Left to Look after Themselves? 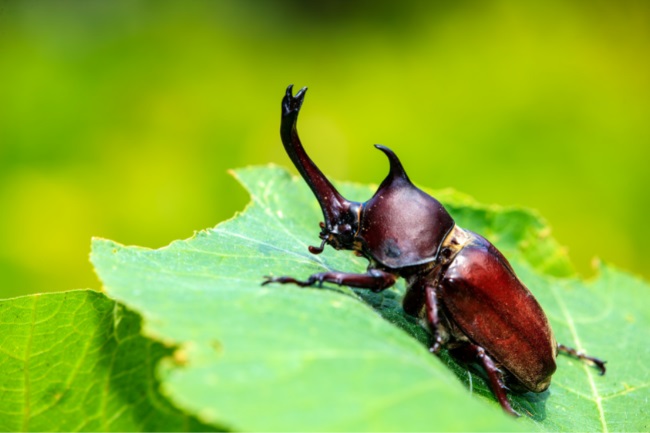 Many beetles may not even be as big as the caterpillars they predate; however, with their large mandibles and the caterpillar’s relative defencelessness, they make very easy prey. Even the larvae of some beetles enjoy a tasty caterpillar or two.

Ladybird larvae are well known for chomping down on an aphid or two, but they will also happily eat the caterpillars they share a home with.

Many smaller reptiles such as slow worms and lizards focus their diet on readily available invertebrates. This could be a range of species, including but not exclusive to caterpillars. Caterpillars are an excellent source of energy; however, they are often only available for part of the year, meaning reptiles do not rely on them as a critical part of their diet. 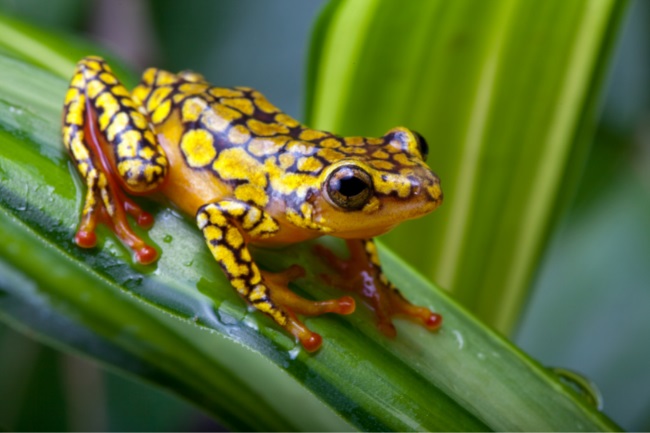 Amphibian species often eat a wide range of invertebrates. Frogs, toads, newts and other amphibians will happily munch down on a caterpillar if it comes their way. However, as caterpillars do not live in water and are often found higher up in vegetation, amphibians are less likely to encounter them. However, caterpillars that are wandering around on the floor, or have unfortunately fallen into the water, are certainly fair game and quickly snapped up.

Small mammals are a large and diverse group that include species such as shrews, mice, voles and even hedgehogs. Many small mammals live on a diet of invertebrates, eating opportunistically rather than specialising. Caterpillars are easy food at certain times of the year, providing a much-needed energy boost in the spring after the harsh winter. 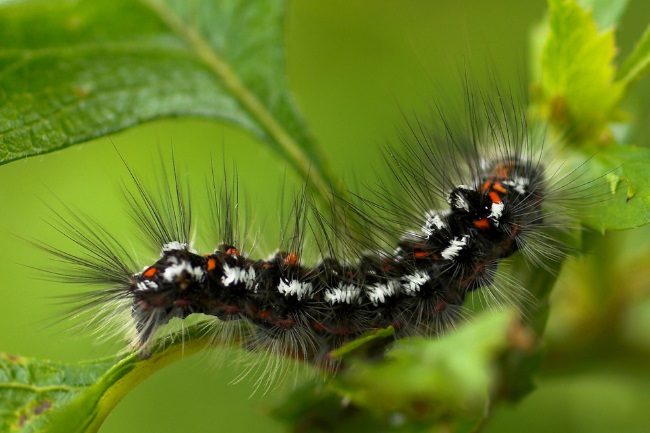 It’s not just wild animals that enjoy a caterpillar or two; many humans will eat the larvae of moths or butterflies. The silkworm, for example, is eaten in many Asian countries. Caterpillars are very protein-rich food and can have a much lower impact on the environment than breeding larger animals for meat, such as cows or sheep.

They could also be the answer to hunger experienced by many, as they can be more accessible to rear and less expensive to feed.

Not all caterpillars are entirely defenceless. Some carry toxins in their bodies to protect them from being eaten. Others have hairs that irritate the skin of the animal that touches them, or makes them difficult to swallow.

Those caterpillars that carry this kind of safety mechanism generally wear bright colours and striking patterns to let predators know they won’t go down without a fight. However, not all hungry mouths understand what these signals mean at first, and they may eat a few before realising. Therefore, not every caterpillar will be saved, but the majority will go on to be adults.

Some animals, however, have found techniques to deal with these poisons. The Eastern bluejay, for example, can happily eat monarch butterfly caterpillars, despite their toxins. This is because it deals with the poison in the caterpillar’s body by literally squeezing it out of them before it consumes them, a clever technique to cope with a nasty chemical.

Caterpillars are a great source of energy for so many species. They play a vital role, particularly in the breeding success of some bird species. So if you want to encourage more caterpillars, and as a knock-on effect feeds more wildlife, there’s a lot you can do.

While we tend to think the best thing we can do for butterflies and moths is to plant lots of flowers, the truth is their caterpillars feed on a whole host of different species, depending on what they are. Some eat grasses, others eat tree leaves, while of course, some eat the leaves of flowers as well.

What Eats Ladybugs? (A List of its Enemies)
Next Post: Do Dragonflies Migrate or Hibernate? (Surviving Winter)