Millipedes start their life as an egg, which hatches into a nymph that has fewer legs than adults. Once mature, they will find another adult to mate with.

What is a millipede’s lifespan? 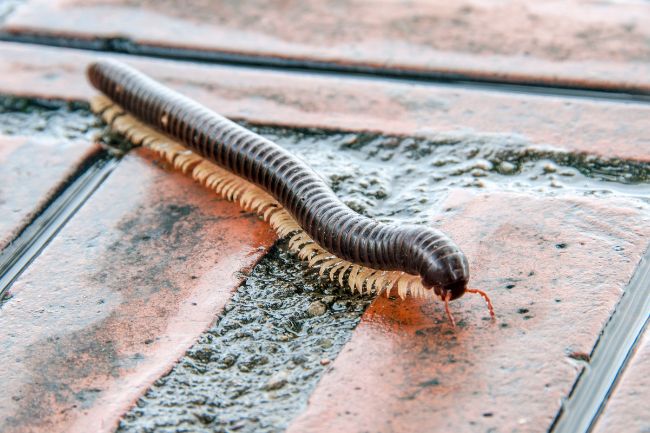 There are around 16,000 species of millipedes across the world. They range widely in their size and in where they live, and because of this their lifespan also ranges a great deal. Some species live as little as two years, while others, like the giant millipedes can live up to ten years.

Also read: Here’s How Big Millipedes Are – Around the World

How do millipedes reproduce?

Millipedes sexually reproduce, meaning that it requires a male and female to produce young. Some species can asexually reproduce, however, this is very rare. Asexual reproduction means a female can lay viable eggs without having mated with a male, and will therefore create clones of herself.

Males and females find each other through the use of pheromones, chemicals they produce to attract a mate.

Males will often perform a mating ritual, such as a kind of dance, to show the female his prowess. In some species, the males also stridulate, meaning that they rub their legs on their exoskeleton to create a noise to attract a female. This is the same method as used by grasshoppers. 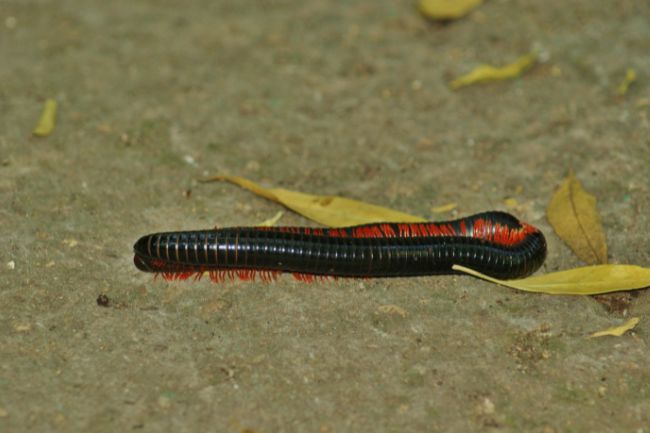 Once males and females find each other, mating can occur. The male will hold on to the female. In some species, the males might drum on the female’s back with their legs, until she allows him to mate. During the mating process, males use modified legs called gonopods to transfer packets of sperm called spermatophores across to the female.

A small number of species practice a different kind of reproduction, with the males creating a web, where he leaves his spermaphore. He will then attract in the female and she can collect the package herself, without direct mating occurring.

In some species the male and female will mate repeatedly. After mating, the male will take no further part in family life, heading off to find more females to mate with.

Do they lay eggs?

Once females have been mated with, they will head off to lay their eggs. Millipedes lay their eggs in the soil, some laying them in small burrows, in clusters, while others lay them individually. The number of eggs they lay varies a great deal between different species, but they can lay up to 300 eggs.

Millipede eggs are largely small, round and white. Some species create egg cases, made of feces or silk, but most lay eggs without any covering.

The majority of millipedes lay their eggs and promptly abandon them to hatch into the world alone. However, Brachycybe lecontii is well-known for taking care of the eggs until they hatch, keeping them clean and protecting them from predators.

Young millipedes need to go through several instars, so they can grow into a full adult. With each moult, millipedes can gain more and more legs and more segments. These changes can take several years. These young millipedes spend their time mostly within the soil, feeding on rotting plant matter or fungi.

Once the young millipedes have gained their full size, they will move out of the soil, and come to the surface to feed. Most adult millipedes feed on decaying organic matter, such as leaf litter and rotting wood, but some species will also eat a variety of insects.

Millipedes mostly live in damp and dark places, as they struggle with water loss. They do not have many defensive strategies, other than avoiding predators by remaining hidden. They can also exude noxious substances to put predators off trying to eat them.

Across the world there are many different millipede species, that live in different habitats.

Possibly the most imaginatively named millipede, the shocking pink dragon millipede, is as eye-catching as its name suggests. A bright pink colour, it grows to 3cm in length and lives in limestone caves in Thailand.

The chocolate millipede really does have a colouring reminiscent of milk chocolate. Found in the savannahs of Ghana, it can grow up to 25 cm in length and is one of the giant millipedes. It is one of the few millipedes that eats meat as well as plant matter.

A yellowish brown millipede with a pointy head, this millipede is adapted to push its head through the soil. They are often found within woodlands and grow to around 18 mm long.

The flat-backed millipede is unusual, as it is much flatter than most species of millipedes. It is thought this flatter body helps it squeeze into cracks between rocks.

The red millipede is so named because of its vibrant red colour. Growing to 9 cm in length it is naturally found across Mozambique.

Millipedes are busy little critters that tend to live fairly solitary lives. Generally, their main aim is to eat but not be eaten, something which can be a challenge given how small and defenceless many species are.

However, between this solitary existence they do find time for a little romance, in order to keep the future generations going. And though we may not think of them as particularly loving creatures, the males really do seem to woo their females, even if the sentiments are often short-lived.

And from this brief courtship many tiny legged creatures head forward into the world, to scurry around under rocks and creep through the undergrowth.

Millipedes: Do They Sting or Bite? (Explained)
Next Post: Wondering if “Millipedes have Antennae?” (Sensory Organ)