Millipedes do not have stings and aren’t able to cause a significant bite, as their jaws are generally too weak to get through our skin. Some species can exude toxic liquids that can cause skin irritation, however, most do not exude toxins that can affect humans. 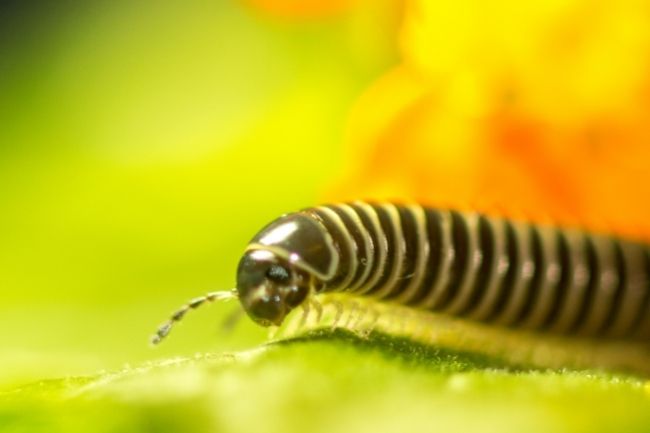 Millipedes have a bad reputation. Like many creepy crawlies, they are associated with negative things. Often we think of them as synonymous with death and decay. Millipedes may suffer from this stigma more as they tend to hang out in dark and damp locations, such as under rocks, in rotting wood or in caves.

But in fact, a millipede is simply going about its business, trundling along in search of food. These slow and sinuous invertebrates spend their time eating decaying plant matter, or fungi. Rather than harming us, they can be very helpful by breaking down rotting materials.

Because of this lifestyle, millipedes haven’t bothered to arm themselves particularly well. They don’t have stings, and their jaws are too small to cause a significant bite. After all, they don’t need to hunt down and kill their prey, and their main form of defence from other creatures is simply to remain hidden most of the time.

Their one potentially harmful defensive strategy is to exude toxic substances from pores along with their bodies when threatened. These substances can smell or taste bad, essentially incentivising whoever is bothering them to leave them alone. Some of these chemical cocktails can be deadly if ingested or cause stinging sensations.

One mistake many people make is mixing up millipedes with centipedes. Centipedes are generally meat-eater, and therefore predators. They have flatter bodies than millipedes and fewer legs, with one pair per body segment, whereas millipedes have two per body segment.

Unlike millipedes, centipedes have a bite that’s worse than their bark. They have a set of legs that have been changed to deliver a painful venom, by piercing and injecting their prey or enemies. These ‘stings’ can be incredibly painful for some species.

So, it may be the case that sometimes mistaken identity can make people unnecessarily fearful of the largely gentle millipede.

Millipedes are generally very gentle animals, and are often kept as pets. While some of the larger species may technically be able to bite, it’s unlikely they would bother. What can be painful is the toxins that they exude when scared, however only if these get onto your skin.

Some millipedes can exude substances that can cause itching or even blistering. However, the chemicals exuded by most millipedes are not harmful to humans.

Are they dangerous to us?

The vast majority of millipede species are completely harmless to humans. The toxins they exude are mostly designed to put off much smaller predators, such as birds and small mammals, meaning they have little effect on humans. These toxins are also largely designed to be unpleasant when ingested.

The small number of millipedes that produce chemicals that can cause skin irritation will only affect humans if handled with bare skin. Washing off liquids immediately can also help reduce any potential irritation.

Are they dangerous to pets? 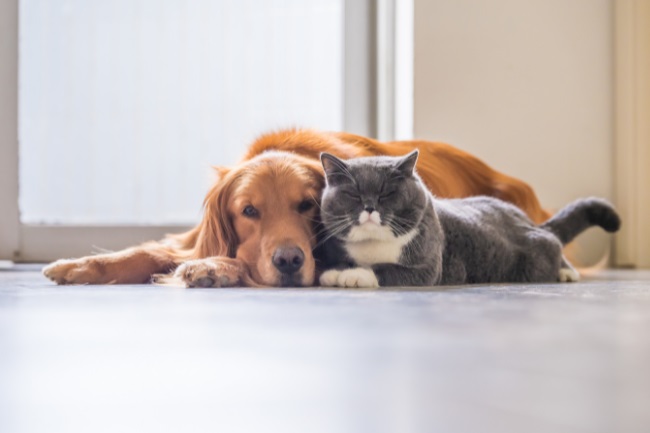 Just like with humans, it is unlikely that millipedes will cause your pets any harm. The majority of millipedes are harmless, and even those that can cause harm will generally avoid your pets.

If your pet does encounter a millipede that exudes more harmful toxins, they would only be affected if they eat it, or get toxins on their skin. In general, eating a millipede may result in your pet having an upset stomach, or vomiting, however, such reactions should be unusual.

If your pet starts to behave unusually after having encountered a millipede, then it may be best to take them to the vet.

While millipedes don’t technically ‘sting’, the toxins some species exude can cause skin irritation. The best treatment is to immediately wash off the liquid from your skin with soapy water. Afterwards, aloe vera or other soothing creams can be used to treat the area.

If the area continues to be painful or uncomfortable, the best thing to do is to seek professional advice.

While we are often afraid of what harm animals can cause to us, the truth is that we are usually far more harmful to them. This is particularly true of smaller animals like millipedes. Generally, they spend their time scuttling around the dirt, through leaf litter and in between rock crevices.

These tiny creatures want to avoid humans, and other animals, as much as possible. After all, most other animals are likely either to attempt to eat or accidentally squash them. You’d avoid such destructive giants too if you had to.

Here’s How Big Millipedes Are – Around the World
Next Post: Millipede Life Cycle – Reproduction, Lifespan & More!