Only the queen ant is able to reproduce in a colony. She mates with a drone when she emerges from the nest for her nuptial flight, before building a nest and producing the workers she then rules over.

There are around 13,000 species of ants across the world, and they live in an amazing array of environments and have a vast array of lifestyles. From army ants that live life very much on the march, to leaf-cutter ants that spend their days tending to their fungus farm.

Yet, though there are differences between species, the lifecycle of an ant is fairly similar across most ant colonies. 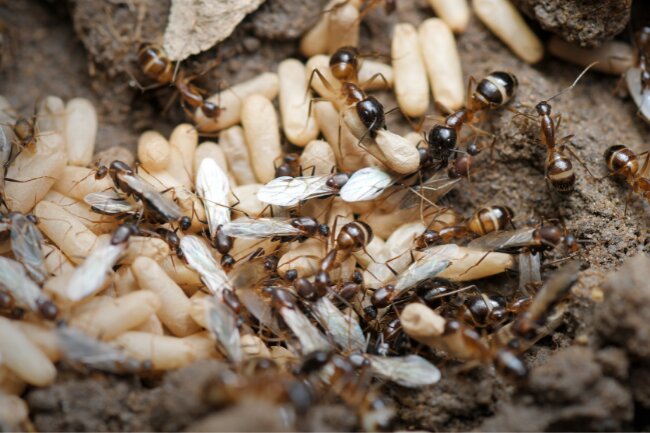 All ants start life as an egg. In the majority of ant species, there is one queen in the nest that lays all the eggs. Some species have multiple queens, but largely the one queen system is predominant.

Eggs can hatch out into a number of different varieties of ant. The main castes are the queens, the drones (male ants) and the workers. In some ant species there are subcastes of workers, either through size variation or there can be major and minor workers, the major workers often referred to as soldiers. Soldiers are morphologically different from other workers.

How an ant egg becomes one of these castes varies. In general, a fertilized egg will become a female and an unfertilised egg a male. However, some ant species can reproduce asexually if no males are available. In this case, they will produce eggs that become females, all clones of the mother. 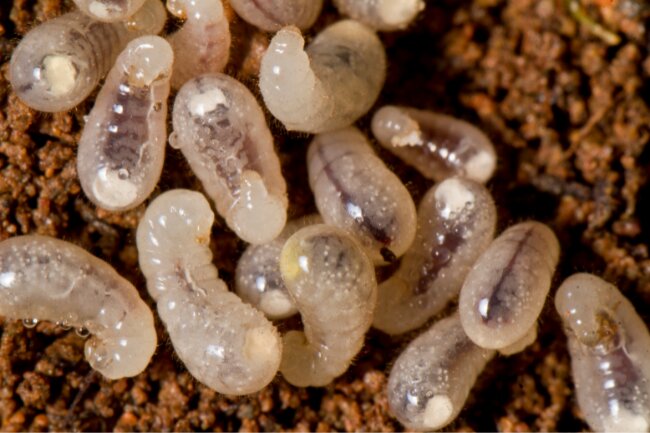 Once the egg has hatched, it becomes a larva. The larvae is like a small pale grub, which does not possess legs. Like the eggs it must be carried around by workers, and in order to help them keep hold of it, it is covered in tiny hooked hairs.

Workers will care for and feed the larvae. They will also often move it around the nest in order to keep it at the optimum temperature for development. During this stage, the larvae will moult several times, slipping out of its exoskeleton in order to grow and develop.

Whether a larva is selected to be a queen depends on the state of the nest, and external conditions. Producing sexual offspring such as queens and drones occurs when there is plentiful food, as they take a lot of resources and offer nothing in return to the nest.

In order to become a queen, the larvae must be fed additional food, which helps it to make a shift to develop differently from its siblings. In some ant colonies, non-fertilise adult workers can transform into queens if the existing queen dies, but this is rare, and in most species, a queen is raised to rule.

Having eaten its fill, the larvae needs to metamorphosis to become an adult, like a caterpillar turning into a butterfly. In order to do this, it becomes a pupa. In some species, the larvae will even weave a silken cocoon around itself before it undergoes this process. 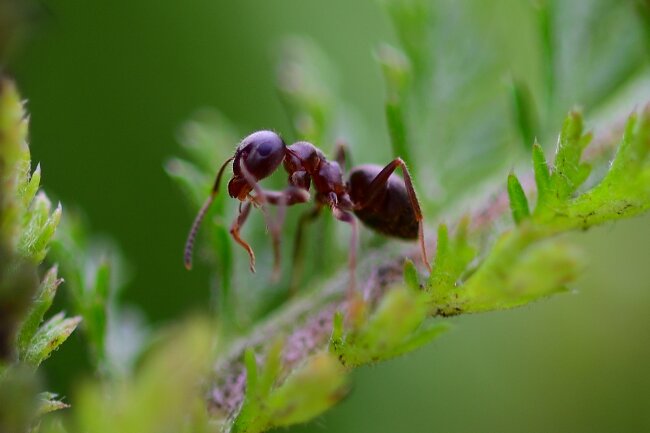 Having emerged from its pupa the ant will take on its role as an adult. The majority of eggs will hatch out to be workers. Worker ants are infertile females and will remain within the colony. They perform vital tasks such as looking after the queen, the larvae and eggs, searching out food and maintaining the nest.

This dispersal will help them to locate mates from other colonies and set up a new territory away from their old nest. Not all queens disperse this way, however. In army ants, the queen is wingless, and she will wait for males to come into the nest and find her to mate. Once mated, she will take a group of workers and set off to create a new nest.

Queens that do disperse will head away to high points in the landscape, where drones will congregate. This is known as the nuptial flight. Here queens and males will mate, the males passing sperm to the females that they will use to fertilize their eggs for the rest of their lives.

After mating, the males do not live long, having fulfilled their life’s work in this one act. It’s the queens that still have a lot of work to do, needing to find a safe place to make their nest and start to lay their first eggs.

While the nest is still in its initial phase they will take care of the eggs themselves, but in time the workers will take over this task, and the queen’s main occupation will be laying more eggs.

Also read: “Do Ants have Wings?” What is Their Function?

All ant species lay eggs. The eggs are small, white or creamy yellow, and long and cylindrical in form.

How often do ants reproduce? 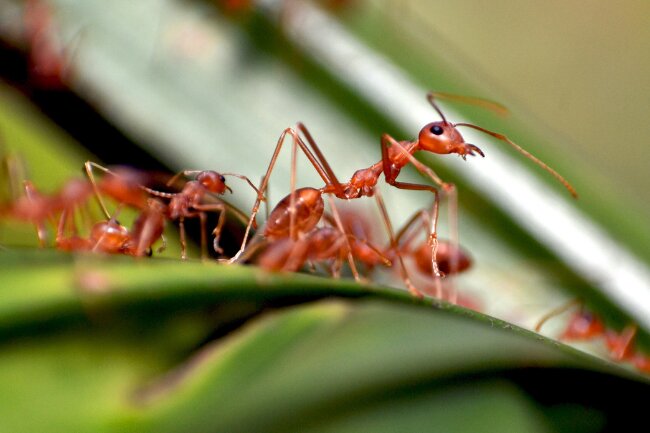 Once the queen has mated, she will lay eggs almost continually for the rest of her life, which can last thirty years. Her workers have a significantly shorter life, depending on the species, only a few months to a few years. This short lifespan, plus the dangers of heading out into the world and foraging, means the queens need constant replacements.

Producing queens and drones are a much less common occurrence. It may happen once a year or less, depending on conditions.

How quickly do ants reproduce?

Once a queen has been mated, it is usually just a few days before she starts laying eggs. From this point, she will be able to lay eggs continuously until she dies.

Like humans, ants have found that cooperation is the best route to success. Nests can be many thousands strong, with each worker a sister to all the rest, and their mother ruling them all. While individually they may not live as long as they are technically able to, because of the hard-working conditions and dangerous work, working together their genetics and their colony can survive much longer than any of them could survive alone.

Do Ants have Lungs? Do They Need Oxygen to Breathe?
Next Post: 10 Different Methods That Explain How Ants Survive the Winter