Dragonflies are carnivores, eating only meat. They may not seem like dangerous predators to us, but to small insects they are like lions to gazelles, using their amazing aerial skills to grab their victims out of the sky and consume them on the wing.

You are what you eat

Finding and consuming food is a central part of the lives of all living creatures. Not only does it define how they act, but it also shapes how they look, right down to their internal workings. A tiger’s sharp teeth are there to help them rip through the flesh of the water buffalo, while a cow needs several stomachs to munch through tough blades of grass.

We tend to categorise animals by what they eat, as herbivores, carnivores and omnivores. Though some animal groups surprise us with their choice of foods many are very loyal to their chosen menu.

What is a herbivore? 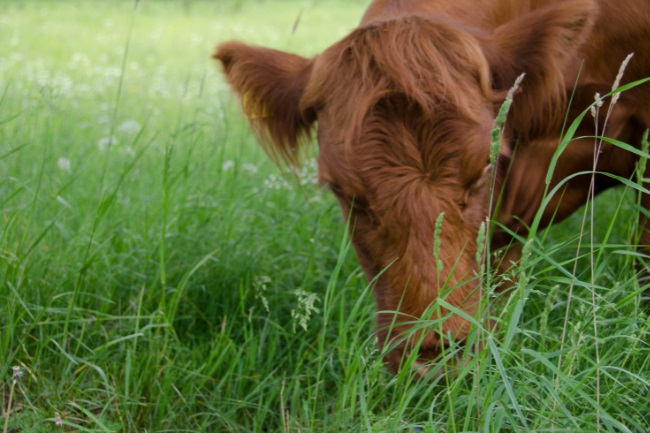 A herbivore is an animal that only eats plant matter. This might include the leaves, flowers and stems of plants, or their seeds and fruit. Although fungi are not plants animals that eat them are also considered herbivores, though a more specialist definition of fungivore can be used.

Animals such as horses and cows are herbivores, eating grass, leaves, fruits and vegetables as the main part of their diets. Insects such as grasshoppers and caterpillars are also largely herbivores, though there are a few surprising exceptions.

Also read:
What do Grasshoppers Eat and Drink? (Explained)
What do Caterpillars Eat? (Vegan vs. Carnivore Caterpillars)

What is a carnivore? 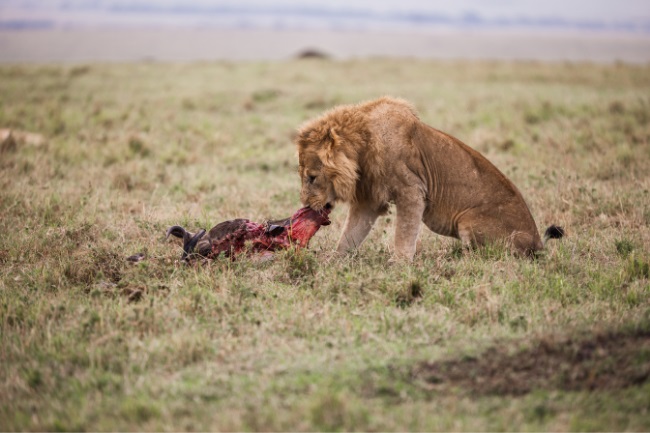 Carnivores are animals that eat only meat. This could include hunting living animals, or feeding off cadavers, as scavengers like vultures do. The animal eaten could be from any group in the animal kingdom, with some carnivores specialising in insects, fish or small mammals.

Cats are an example of carnivorous animal, such as lions, wild cats and leopards.

What is an omnivore?

Humans are omnivores, this means we can eat a mixture of foods, both plant and animal. There can be great advantages to being an omnivore as omnivorous animals can take advantage of many different types of food. Many specialists can struggle when there are shortages in their particular food source.

Other surprising examples of omnivores can be bears. We may think of the big old grizzlies as ripping through succulent salmons, but they also spent a great deal of time feeding on fruits such as berries. 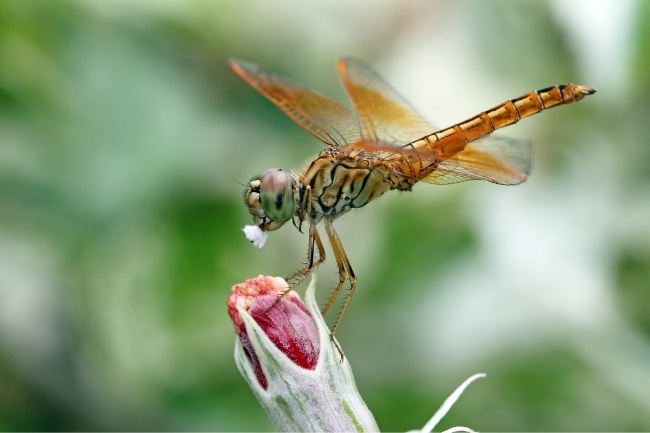 Dragonflies are carnivores, eating only meat. They consume large amounts of small insects, such as mosquitos, flies and even other dragonflies. As larvae they live within the water, eating aquatic invertebrates, such as mosquito larvae. Larger larvae will even go so far as to eat tadpoles, and even small fish.

These underwater predators have specialised jaws that detach and shoot forwards, almost like a claw. They mostly hunt through ambush attacks, by hiding in vegetation or burying themselves in silt. Their camouflage aids them in this, their skin coloured in green or brown stripes and blotches.

Adult dragonflies have an entirely different hunting method. Having moved from under the water to skimming above it, they no longer have their extendable jaw to grab their food. Instead, they use their legs to grab flying prey straight out of the air.

They still use their jaws to cut up and chew the food, having a set of mandibles that help them do this, as
well as a secondary jaw behind this made up of the maxillae. Some parts of the insect they have caught will be discarded such as wings, as these have little nutritional benefit. As well as catching their food directly out of the air, they will pluck insects from the surface of plants, known as gleaming. They will also perch on vegetation and grab insects from nearby, returning to their perch.

Many insects will supplement their diets of meat with additions of plant matter, such as pollen or plant leaves. These additions provide minerals that they can’t get from their meat based diets. However, dragonflies stick to their meaty meals, never nibbling on a blade or chomping down on succulent fruit.

What can make it seem like dragonflies eat grass is their tendency to rest in vegetation when they aren’t flying. However, they are simply hiding in the stems to rest and keep out of the sight of predators.

We may think of bigger predators such as sharks and tigers when we think of efficient killing machines, but dragonflies really are perfectly designed for the task, with far higher kill rates than larger animals.

They are so well designed for hunting smaller invertebrates that their form has barely changed since the days of the dinosaurs. Luckily for us, dragonflies are too small to consider us worthy prey, or we might just have to keep an eye on the sky for such deadly carnivores.

Is a Dragonfly a Producer, Consumer or Decomposer?
Next Post: How do Dragonflies Breathe? (Adults & Nymphs)