Though often overlooked, moths are important pollinators. They pollinate by visiting flowers to feed on them. During feeding, pollen grains get attached to their bodies, and they transport them to another flower, causing cross-pollination. 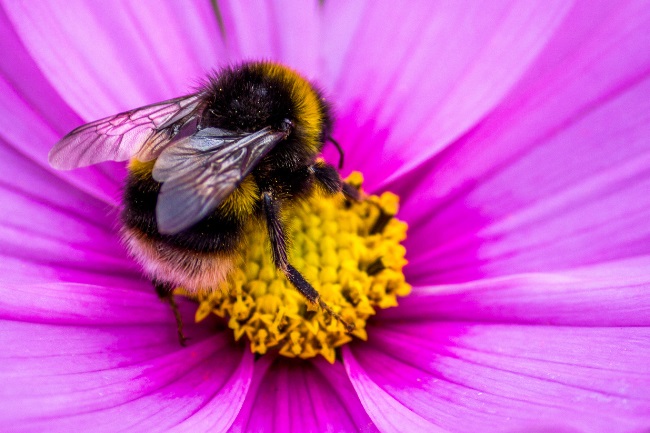 Pollination is a part of the sexual reproduction process of most plants. Many plants can reproduce both sexually and asexually. In asexual reproduction, a parent plant creates clones of itself, which carry exactly the same DNA.

Examples of this can include plants that spread via rhizomes, underground root systems, with new plants appearing along this root system. Other plants like succulents can drop leaves that then grow into adult plants.

However, although widely practised within the plant community, asexual reproduction has its downside. All offspring will share the same DNA and therefore the same weaknesses. If a situation arises that this set of DNA is not able to cope with, then the whole community can die out in one go.

Sexual reproduction by comparison requires two parents, each providing half their DNA. Any offspring, therefore, have a different overall DNA structure from their parents. This means for each new situation, there may be winners and losers out of the offspring, but it’s unlikely all of them will ever be wiped out.

Stamen produce pollen grains, which contain the male gamete. The pistil contains the ovary, where the female gametes are stored. At the top of the pistil is the stigma, where pollen grains are collected to be sent down to the ovary.

Pollination occurs when pollen comes into contact with the stigma, meaning that fertilisation of the eggs can occur. Most plants rely on cross-pollination, where their pollen is taken to another plant and passed onto its stigma. Some plants, however, can self-pollinate, where they can produce offspring when their own pollen becomes attached to their stigma. This, however, will result in offspring with the same DNA as themselves.

While pollination can occur through wind, with many grasses using wind pollination, many plants have evolved to rely on animals to move the pollen grains between plants. These animals are called pollinators.

While bees and butterflies are often quoted as being the most important pollinators, there are many species that are just as important. Across the world bats, lizards, monkeys, wasps and many others are all vital pollinators.

Also read: Butterflies Pollination Explained – What Flowers do They Like?

How do moths pollinate? 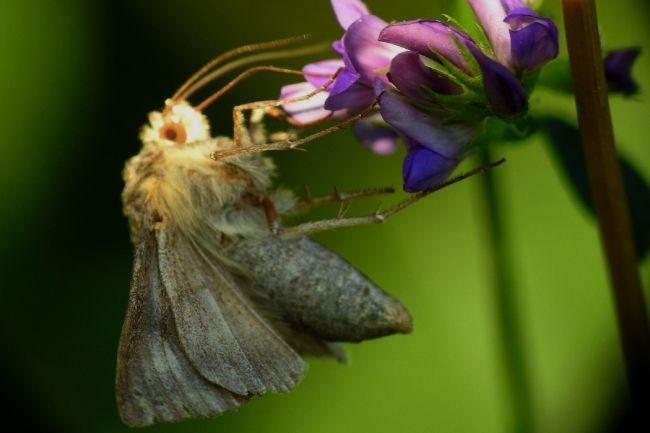 Butterflies tend to hog the limelight as pollinators, however, moths are much more significant pollinators if looked at in comparison. This is largely because there are many more moth species across the world, with 160,000 species of moths, compared to 18,000 species of butterflies.

Moths and butterflies are incredibly similar in their feeding habits and body shape, meaning moths pollinate in much the same way as butterflies.

Like butterflies, moths do not become pollinators until they are adults. Caterpillars, the juvenile form of moths, largely eat vegetation. Though they may sometimes accidentally pollinate as they move from plant to plant, they are more usually found feasting on the leaves than wandering through the flowers.

As adults, moths feed by using their proboscis to suck nectar from within the flowers. The proboscis is a set of mouthparts that interconnect to form a long tube and curls up under the moth’s head when not in use.

Nectar is produced by flowers to bribe pollinators to visit them. This sugar syrup is an important food for the pollinators, and they visit a lot of flowers to get enough to survive.

As the moths drink, the long stamen attach pollen to their bodies. This pollen is then taken to the next flower, where some will be knocked off on to the stigma. If the flowers are of the same species, then cross-pollination occurs.

Many flowers have adapted their shape and colour to attract in certain species of moths. Moths tend to like certain colours better than others, such as white or pale colours. Some moths may develop particularly long proboscis to feed on flowers with longer tubed-shaped flower heads.

Do moths pollinate at night? 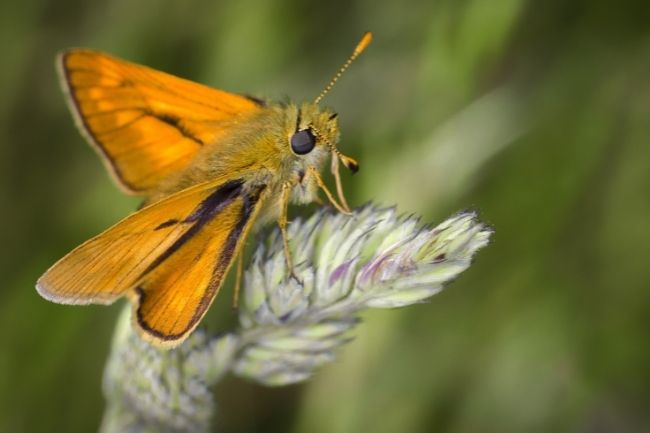 Many moth species fly exclusively at night. To ensure they are pollinated by these moths, some flowers open at night or in the evening, such as night-flowering catchfly. They may also produce strong scents, to make moths aware of where they can be found.

Are all moths pollinators?

The majority of moths are pollinators, however, there are some moth species that do not feed as adults. Instead, they eat as much as they can as caterpillars, and then no longer eat after metamorphosis, devoting all their time to finding a mate.

These moths tend only to live a few days, but as they do not visit flowers to feed, they cannot be considered as pollinators.

As with all pollinators, we should value moths as an important part of our ecosystem. Therefore, it’s important to protect and look after them. You can help moths by planting moth food plants in your garden, such as evening primrose, butterfly bush and yucca, avoiding using pesticides, and leaving caterpillars in peace to feed, even when this may be on some of your own plants.

Explaining: If Moths Have a Backbone, Exoskeleton, & More
Next Post: Earthworms Front and a Back End Explained (Difference)