Fireflies need a variety of things to be able to survive and glow, including oxygen and food. However, not all species glow, and within certain species, adults may not glow, so it is also depends on the individual firefly. 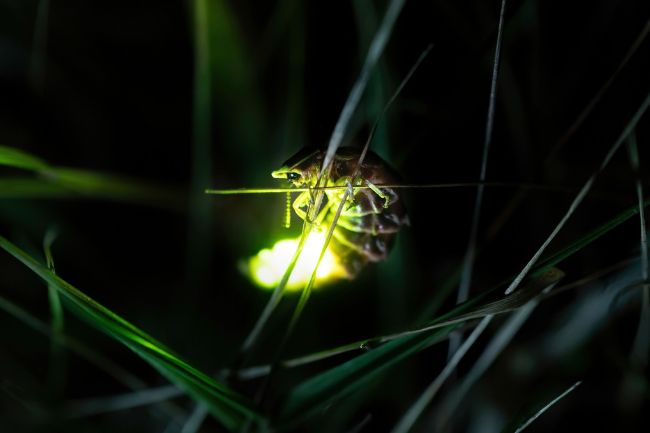 Fireflies are well known across much of the world for the magical glow that they can emit, often in large groups, creating a fascinating nighttime display. Across the world, there are over 2,000 species of firefly, found across most of the world’s tropical and temperate regions, from North America to India, to Japan.

Fireflies are a type of beetle and include the three species of glowworms found in the UK. The glowworms of New Zealand, however, are a different species altogether, being the larval form of a fungus gnat.

A firefly’s lifecycle, like the lifecycle of many beetles, starts as an egg. The egg is laid by the female, often on the surface of the soil, or underground. Once it hatches, the firefly larvae spend their time hunting and eating, usually feeding on snails and other soft-bodied invertebrates.

Throughout the larva’s life, it will continuously shed its exoskeleton, in order to grow. The exoskeleton is a hard external skin that prevents the animal from being able to get any bigger. Shedding allows the larvae to emerge from their old skin with a new, soft skin ready to allow it to grow.

Most larvae will overwinter, usually spending this time in diapause, a type of hibernation. When the time comes for them to transform into adults, the larvae will become a pupa. This is what is known as metamorphosis, and is the same process a caterpillar goes through to become a butterfly.

The final stage of the firefly’s life is that of its adult form. Male adult fireflies usually look like beetles, while the females will often retain a form similar to the larva, and not be able to fly. In some species, both the larvae and the adults will glow, while in others it may just be the adults. Some species do not glow at all.

Most fireflies like to live near water, though they can be found in habitats ranging from woodlands to the edge of ponds, to meadows.

Can you keep fireflies as pets?

Fireflies aren’t usually sold as pets, as most people find them difficult to keep alive in captivity. This may be because their requirements are not fully understood.

Rather than keeping them for their whole lifecycle, a common pastime has been to collect and look after fireflies for short periods of time, to study and enjoy them at close quarters. However, it is generally advised not to keep them in captivity for more than a few days, as they must be allowed to continue with their lifecycle.

How to keep your firefly alive and glowing 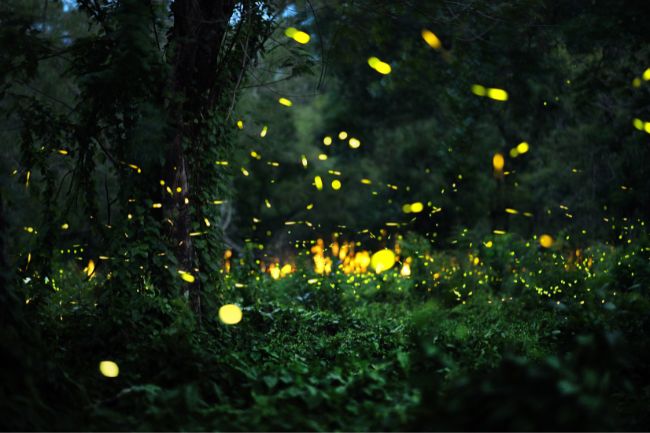 Firstly, it’s important to ensure you have a firefly that does glow. Not all fireflies glow, and within species, different stages or sexes may not glow either. Understanding what species you have and which members of this species glow, can be very useful.

Therefore, whatever container you have your fireflies in must allow enough oxygen to enter. This might be through openings or holes, but they must be able to breathe and access oxygen in order to glow.

Larvae are generally thought to eat a range of soft-bodies invertebrates, such as snails and worms. Adults on the other hand are thought to eat mostly nectar and pollen. Some adult fireflies are cannibalistic, eating other fireflies.

Without enough energy, it’s unlikely your fireflies will want to glow, meaning that giving them the correct food is important. What you offer them will depend on the species and age of the animal. If you want to avoid having to cater for your guest, you can simply opt to keep them for a short period of time, less than an hour, before releasing them back to where they can find food.

Adult fireflies also use their glow to attract a mate, meaning that their display is only started during the mating season. It is, therefore, useful to know what species you have, and when they might be willing to light up the night, or you may find yourself disappointed waiting for a display.

While the beauty of nature often leads us as humans to want to possess and own it, it’s important to remember that most wild creatures are happiest, and best catered for, out in their wild habitats.

While placing fireflies in a jar for a little time to admire them isn’t particularly harmful in the short term, keeping them for longer periods could result in their deaths without mating, which then reduces the number of fireflies the following year.

The best way, therefore, to enjoy fireflies’ glow, is to head out into their world, and watch them do what they do best. After all, one or two fireflies in a jar might be pretty, but hundreds of them flashing together in the wild is spectacular.