Most grasshoppers are solitary and do not gather in large numbers. Some species do swarm however, in particular those grasshoppers we call locusts. Grasshopper infestations occur when large amounts of food becomes available, meaning numbers increase rapidly.

What is a grasshopper infestation? 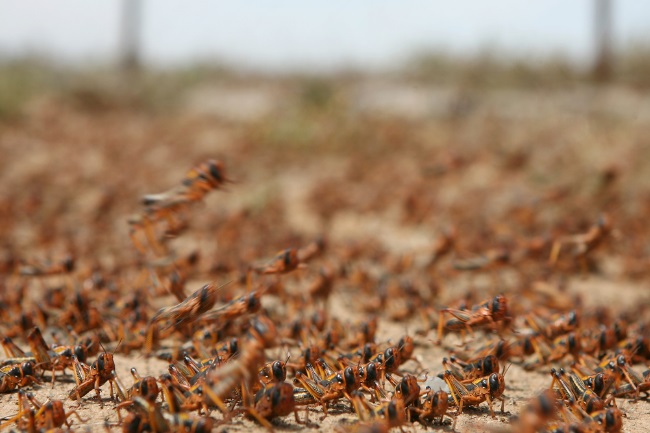 Grasshoppers are small insects that use their back legs to move by jumping. Unlike some insects, such as ants and termites, grasshoppers live a largely solitary existence and therefore are rarely found in high numbers.

For most species, the individual grasshoppers are simply feeding in the same location, due to the presence of a high level food, rather than moving as a swarm. However, with some species, particularly those known as locusts; they will begin to act as a group in the right conditions. Because of this pattern of behaviour, it’s these species that tend to be the most devastating to crops or within gardens. 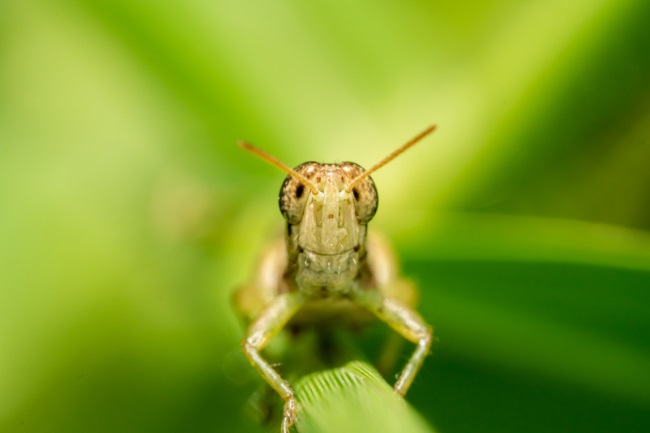 Grasshopper species are attracted to a good source of food. Most species of grasshoppers are true to their names and will primarily eat grasses. As many of our commercial crops are grasses, this can make these infestations a big problem for farmers. Crops such as wheat, maize and rice can all be affected, as can many non-grass crops such as fruit trees.

Areas that are well irrigated, or have naturally moist soils, can be attractive to grasshoppers, as these will have good vegetation growth during dry periods. As well as grasses, some species will eat other plant species and will be attracted to areas where their favourite food plants can be found, though this will vary between different species.

Grasshoppers will lay their eggs in the soil near a suitable food source. Eggs can be killed by fire or waterlogged ground, meaning places not affected by these problems can have higher numbers of nymphs, young grasshoppers, when they hatch.

How to control grasshopper infestations? 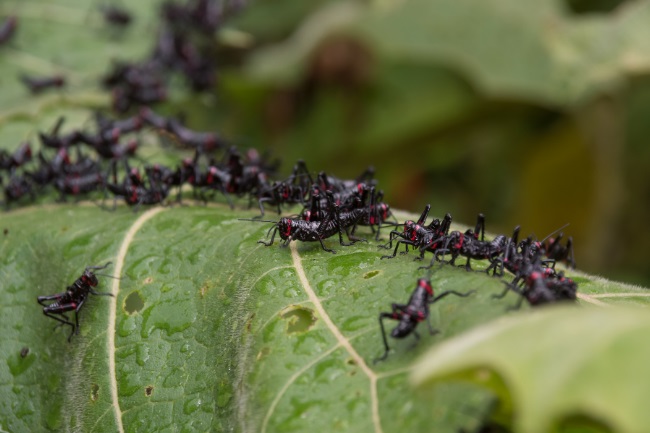 Controlling grasshopper infestations is often undertaken with pesticides. With commercial operations, pesticides may be sprayed from above or on the ground. However, such pesticides will usually kill off other insects simultaneously, many of which can be beneficial to the crop.

Targeting areas where eggs are likely to be laid can be an effective way to keep numbers down. This can be done through the application of pesticides or through disturbing the soil by mechanical means such as ploughing or rotivating in the spring when the eggs are in the ground.

Many commercial varieties of fungus are available that can be spread on the ground or the crop. These will result in the grasshopper being infected by the fungus, becoming ill and eventually dying.

The best method of deterring infestations is not to provide food for the grasshoppers in the first place. This can be done by planting plants that the grasshoppers do not like to ea, such as coriander and common marigold. Although this isn’t always possible in a commercial setting, some farmers do practice companion planting to deter unwanted pests.

Grasshoppers are an essential food source for many animals, and therefore a suitable control method can be to encourage species that feed on grasshoppers into the area. Birds eat large numbers of grasshoppers, and many farmers now install bird boxes throughout their farmers to boost their numbers and help control insect numbers. Planting bushes and trees can also provide natural nesting spots, and planting berry-producing plants can encourage birds to feed in the area.

Common species that cause infestations

The most famous infestations are those of locust species. Locusts are particular species of grasshoppers that undergo morphological changes once their numbers have increased to a certain point. These changes are caused by an increase in serotonin, which turns them from solitary creatures to swarming insects. These swarms can build until they are several miles wide. Some grasshoppers also swarm but are not categorised as locusts as they do not undergo the same physical changes.

In America, one of the most common species to cause infestation is the American bird grasshopper. This species acts a great deal like a locust species and is sometimes referred to as a locust thought it does not undergo the physical changes a locust does. This grasshopper feeds on a number of commercial crops such as citrus trees and tobacco.

Throughout the world, one of the most common locust species is the migratory locust. Today it is found throughout Africa and much of Asia, though it used to be common in Europe as well. As with many locust species it can grow in numbers to reach plague proportions.

The clear-winged grasshopper is a major pest in North America. It eats largely grass species, and can devastate hay crops, as well as cereals. It will swarm and migrate short distanced.

Only a small number of grasshopper species cause any kind of economic damage to commercial crops. However, those that do, can have a very serious impact on the livelihoods of rural communities. Yet, grasshoppers are a vital part of a complex foodweb, their removal from which would be immensely damaging.

Modern methods can better help us protect against the damage of those few detrimental species without a blanket destruction of all. After all, summers would never be the same again without the song of the grasshopper.