Earthworms use a number of strategies to survive extreme conditions, including hibernation, and the similar aestivation. 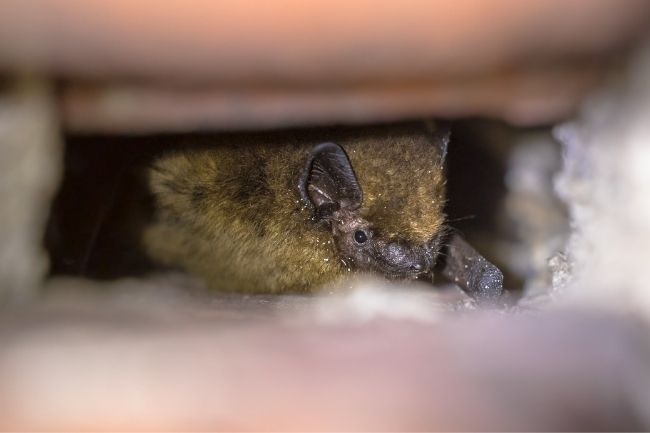 To most of us, hibernation is a familiar concept. Bears might be the most famous hibernators, well known for disappearing into caves or other shelters and sleeping through the winter.

However, while defining hibernation as a big winter sleep isn’t entirely wrong, it also doesn’t tell the whole story.

While hibernation may appear like sleep to the observer, there are distinct physiological changes that occur in the body of the hibernating animal, to allow them to undergo much more extreme conditions than it otherwise could.

In order to enter a state of hibernation, animals have to lower their heart rate and their body temperature. This allows them to reduce their metabolic rate, meaning they can survive a long time without eating or drinking.

For this reason, not all states we colloquially refer to as hibernation are actually hibernation.

Technically, though many insects overwinter in a sleep-like state, we do not define this as hibernation. Instead, we refer to it as diapause. This is because they do not go through the same physiological alternations as we associate with hibernation.

We also refer to certain shorter periods of ‘hibernation’ as torpor, such as the state hummingbirds enter at night to prevent them from needing to eat. Torpor is considered shorter and not as deep as hibernation.

And finally, we have a state called estivation or aestivation, which is much less familiar than hibernation. While hibernation usually takes place in the winter, during colder periods, estivation occurs in hot environments such as deserts, and happens when its conditions are too hot or dry.

Why do animals hibernate?

For most animals, hibernation is a survival strategy to help them live through a difficult period of time. In most places, this strategy is associated with winter. This means hibernation is more common in temperate and arctic climates.

The reason for entering hibernation can either be because the cold conditions themselves are too extreme for the animal to easily be able to live through, or because these conditions have resulted in there being little food available.

Hibernating animals usually survive hibernation either by having built up a thick layer of fat, which their bodies feed on, as bears do, or they store food within their burrow, as many rodents do. While hibernating, animals are not completely inactive. They will occasionally stir, usually to feed or to go to the toilet.

Earthworms can be found across the world, in many different climates and habitats. This means that what they do depends on where they live. Many species do enter a kind of hibernation as well as estivation at various kinds of years.

When it comes to keeping warming, most earthworms have the upper hand over animals that live on the surface. The soil tends to stay a few degrees warmer than the air above, particularly if it is insulated by a layer of snow.

This means that earthworms can often stay active much longer than, for example, caterpillars living on the surface. However, not all earthworms live below the soil. Some earthworms live their lives out in leaf litter and other rotting plant matter.

The upside for these worms is that composting materials give off heat, again warming their environment for them above the surrounding land.

However, once the temperature drops below 0⁰c, and the ground begins to freeze, earthworms find themselves in a more difficult situation.

For burrow forming worms, they dig themselves deep down to get away from the cold, taking some food with them. Here they may remain inactive, waiting for things to warm. Many people argue that this is not true hibernation, as they become active again as soon as temperatures change.

For worms living on the surface, they may use a number of tricks to survive the cold. The mucous that worms cover themselves in can help them withstand colder temperatures. They have also been found to raise the sugar levels in their blood, which can prevent them from freezing.

For most adult worms, though, extreme temperatures will result in death. The main problem with freezing is that the ice crystals expand in their cells so that they are torn apart. However, the cocoons that house their eggs are able to survive the cold. This means that even if the adults are killed off, the young will hatch and return when conditions improve.

These various survival strategies mean that some worm species may only survive a year or two, while others can live much longer.

Also read: Here’s “What do Earthworms Need to Survive?”

Another key survival technique for earthworms is aestivation (estivation). Drying up has very serious consequences for earthworms. Like all of us, dehydration itself is dangerous, but earthworms also need moisture to breathe.

Earthworms have a layer of mucous on the surface of their bodies. This mucous allows them to absorb oxygen through their skin, which allows them to breathe. If this mucous layer dries up because of hot or dry conditions, they will suffocate.

Therefore, many earthworms choose to enter estivation during droughts or hot summer periods. This means they become inactive and knot themselves into a little ball, excreting additional mucus to keep themselves moist.

For burrowing species, they may also travel further down in the soil. All of this helps them to wait out this dangerous time before emerging when it is safe.

Like cold conditions, their cocooned eggs are also more able to survive heat, meaning that if the adults are killed, the eggs can recolonise when conditions improve.

How do earthworms survive the winter?

Surviving winter for an earthworm comes down to a number of different strategies;

Which of these the earthworms choose depends somewhat on where they live, what the climate is like, and what species they are. But when we consider that healthy soil can contain over 400 earthworms per metre squared, we can be certain whatever they are doing is working.

Wondering if “Earthworms Carry Diseases?” Dangerous or Not?
Next Post: Millipedes and Centipedes – The Difference Explained