Woodlice have seven sets of legs, once they are fully mature, meaning fourteen legs in total. They use these legs largely in order to get around, but can also use them as part of courtship. 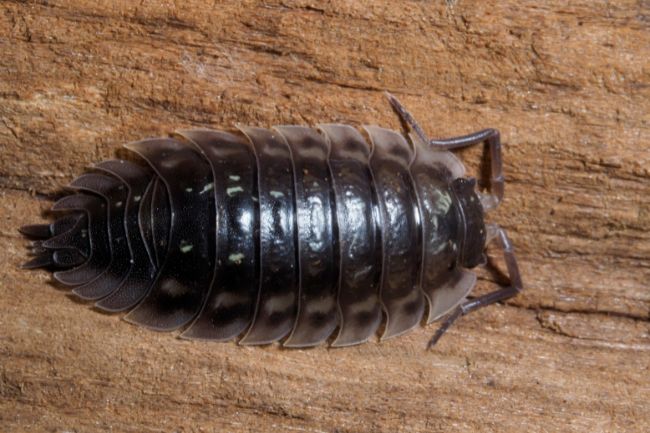 Woodlice have a fascinating history, having started their lives living in the sea, and at some point migrated on land. While we may think of them as insects, they are in fact crustaceans, and therefore more closely related to crabs than ants.

Beyond being crustaceans, woodlice are part of the isopods. Isopods live in a wide variety of habitats, including some species that have moved back into the sea.

Even for non-aquatic isopod species, water is incredibly important, as they can dry up very quickly. This means that woodlice generally like to live in damp dark places, such as under rocks or rotting wood.

For this reason, woodlice are often seen as pests, as they can be found within houses when there are issues with damp. Many people also think that woodlice cause other problems associated with the damp, however, they are a symptom of the issues rather than the cause.

There are around 3,500 species of woodlice globally. The majority of species are detritivores, meaning they eat already dead and rotting waste, such as wood and leaf matter. This makes them useful composters, rather than damaging pests.

How many legs do woodlice have?

One of the ways we know that woodlice are not insects is through the number of legs they have. Insects have three sets of legs, six in total. Woodlice, and all isopods, have seven sets of legs, meaning fourteen in total. 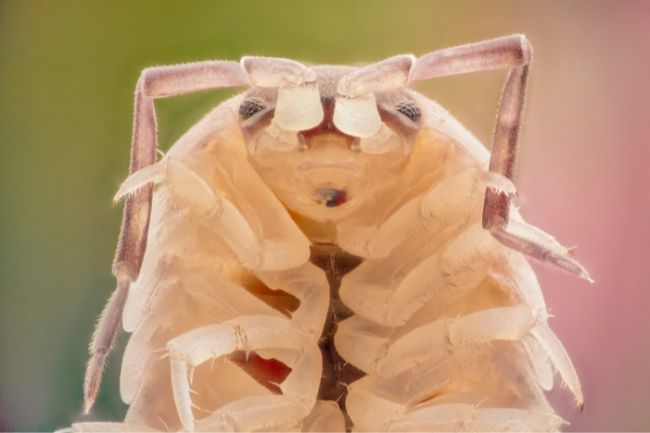 Strangely, however, woodlice start out with only six sets of legs. Young woodlice, newly emerged, only have six sets of legs. These are known as mancas. The final set of legs appears only after their first two moults, meaning when they shed their skin in order to grow in size.

How do woodlice move?

Each pair of legs is attached to a different segment of the animal’s thorax. These segments are protected by interlocking plates of the exoskeleton. These plates are important to allow the woodlouse freedom of movement, the hard exoskeleton is not able to bend as they move.

Like insects, woodlice have segmented legs, allowing them to bend and lift to help them walk along the ground.

How do woodlice use their legs?

Woodlice largely use their legs to walk. As the food they consume is mostly already dead and therefore does not need to be caught or killed, they do not have much use for their hands to hold or subdue their prey.

As many invertebrates do, woodlice also don’t hold their food to eat it, instead simply chomping away with their mouths.

For some of the sensory tasks that hands might come in useful for, woodlice have antennae instead. Their large antennae are used to reach out and feel objects in front of them. They even use them when meeting other woodlice, helping them to gather data about the individual they are encountering.

Some woodlice have been observed using their legs in the mating process. During courtship, males will at first feel for females with their antennae, and then climb on their backs, drumming their legs on the female’s exoskeleton.

If the female is pleased with these attentions, she was then mated with the male.

Legs can also be useful during the shedding process. Unlike many insects, woodlice shed half of their exoskeleton at a time. During this process, their legs can be useful to extract themselves from their shed shells.

Why do woodlice need so many legs?

It’s uncertain why woodlice have as many legs as they do. Certainly, it helps them move their relatively flat, long bodies around. It might also be useful for squeezing themselves, through crevices. The main reason may simply be the luck of evolution, with a shared ancestor simply winning the leg lottery somewhere along the way to our modern woodlice.

Millipede and its Legs (How Many, Why & Much More)
Next Post: Here’s “What animals eat woodlice” (Explained)