Many different species will happily chomp down a Eurasian garden spider (Araneus diadematus) if given a chance, though few are specialised in eating these arachnids. Birds, mammals and even other spiders will treat them as a tasty snack, which is why their camouflage comes in so handy.

For many of us, it can be hard to imagine finding a spider an appealing snack. Those eight-legs and six to eight eyes could be off-putting for those not in the habitat of eating arachnids. Yet, garden spiders are a valuable source of food for many different animals. Although they carry venom and fangs to administer it with, this defence simply isn’t enough to keep them off the menu. Just look at scorpions, snakes, and wasps, all with perfect defence systems, yet, there’s always someone hungry enough to give anything a try in nature.

Hidden away from prying eyes

Unlike some spider or insect species, which use bright colours to warn their predators of an unpleasant taste or dangerous chemical concoction inside, garden spiders opt for the more subtle approach to survival. Most of the time, you could be standing directly in front of one of these drab little beasties and not even notice. Their mottled browns and whites are the perfect camouflage against all manner of backgrounds. Whether they be hanging around in the long grass, spinning a web amongst the reeds, or just chilling out on a garden fence, they simply seem to blend in.

However, one thing that does make them more conspicuous than some species of spiders is their webs. Although spider silk is very fine and mostly transparent, it still becomes apparent in bright light or after frost. Though their web is a vital tool to catch their food, it can also signal to their predators where they can get a spidery snack. Therefore, garden spiders tend to spend their time away from the web’s interior, hidden under foliage or in the shadows nearby. Not only is this the best strategy for not becoming a meal themselves, but it can also stop them from giving their prey a heads up about the location of their trap.

The time of year when they can be most vulnerable is during the mating season. In this period, the males take themselves wandering to try and find a female, making them far more conspicuous to predators. The females, too, spend more time in the middle of their webs, waiting to answer those lonely heart ads. A garden spider’s life is very short, usually at most two years, but it can quickly be made shorter by becoming too apparent to some hungry passersby.

Also read: How Long Does a Garden Spider Live? (Explained) 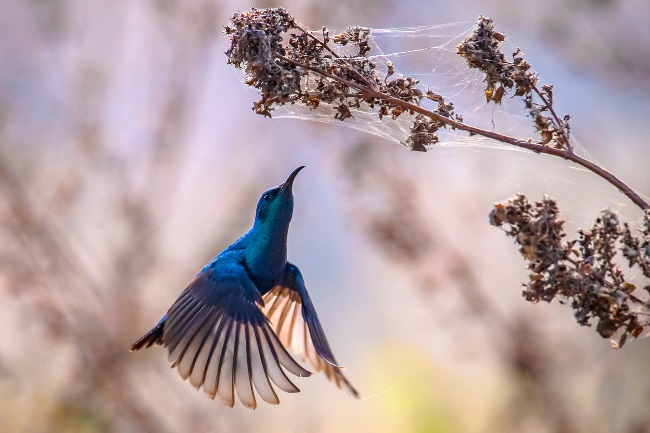 As garden spiders are found in a wide range of habitats, from wetlands to woodlands, to urban environments. This opens them up to a whole suite of different species of birds. Many bird species will happily munch down on a spider given the opportunity, though few specialise in them. Insectivorous birds are well suited to eating closely related arachnids. It is thought that wandering spiders, those that don’t build webs but instead hunt their prey on the ground, are more likely to be predated by birds. This may simply be because they are more prominent and more likely to be caught out in the open.

Birds are also likely to eat spiders to different extents throughout the year. This is partly because spiders are a more available food source at certain times of the year; for example, they aren’t as active in the winter months. Additionally, birds will often choose to focus on certain highly calorific or more desirable foods at particular times of the year, such as caterpillars in the spring. In the UK, blue tits and even larger birds like jackdaws will happily eat a garden spider if even a chance, whilst in the USA, robins and wrens enjoy them. Some birds even like the spider webs for nest building, such as sparrows and hummingbirds. 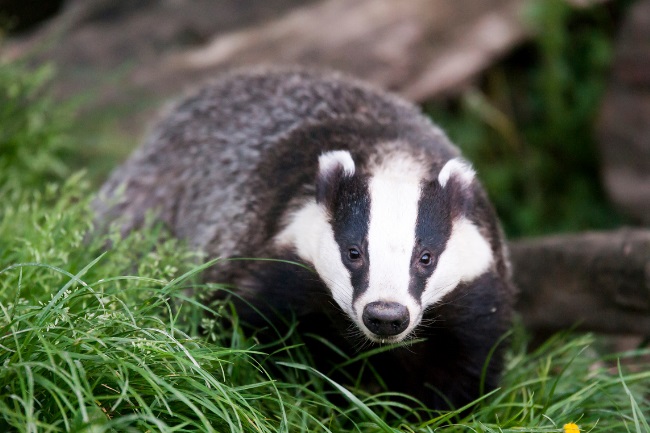 Large mammals sometimes spend their time gobbling up tasty little insects, such as grizzly bears feeding on moths and grubs. In the UK the badger is a particularly omnivorous creature and will eat anything in its way that it thinks might be tasty. Smaller mammals, too, like shrews, rats and mice, will take advantage of anything they can find. Yet, whilst they enjoy the gooey innards, they don’t like the fangs and venom that come with them. Spiders will often display their fangs or raise their legs to put off such aggressors, and the garden spider will even vibrate in its web to appear big and scary. If it does a good enough job, it might get lucky and put its attacker off, but a hungry mouse is hard to dissuade. 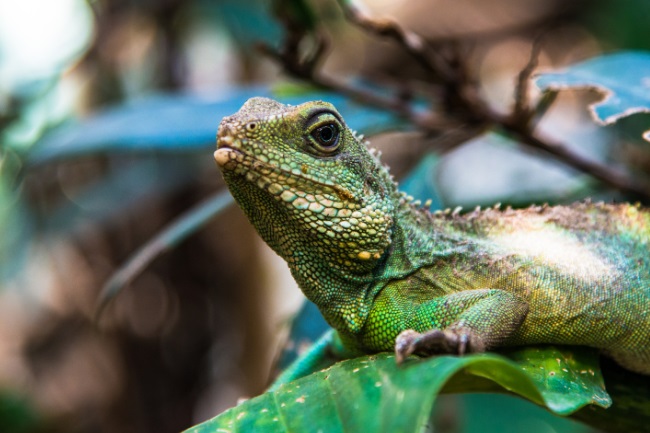 Many reptiles specialise in mammals, either hunting small rodents or focusing on birds. Some like the grass snack, particularly like amphibians. Some lizards and chameleons are insectivorous, however. Though they will often focus on easy food such as flies or grasshoppers, they will also help themselves to a tasty spider if given a chance. When the little spiderlings are out and about, this is a great time to help themselves to lots of little crunchy treats without any risk of a nasty bite. 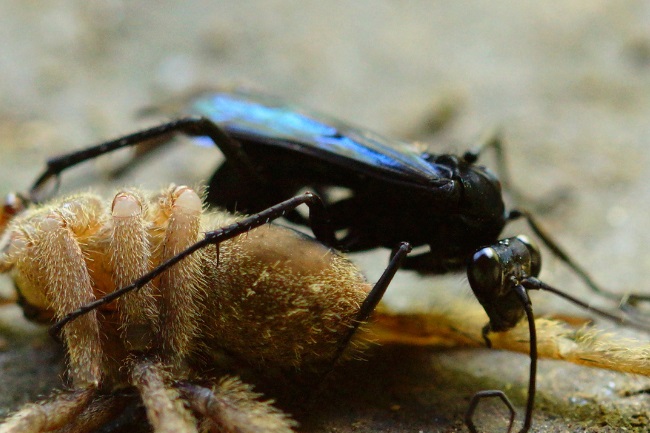 Spider wasps, or spider hunting wasps, are a fascinating group of insects. They live throughout the world, and many are specialised in specific species of spiders. Usually, they work by stinging the spiders to paralyse them and then dragging their victims into a burrow, prepared for their young. Once the young spider wasps hatch, they often eat their victims alive, sometimes even leaving the vital organs till last to keep the meat as fresh as possible. Luckily for garden spiders, they mostly focus their energies on wandering spiders rather than web builders. However, this doesn’t mean they wouldn’t take advantage of a nice plump garden spider if the opportunity presented itself. 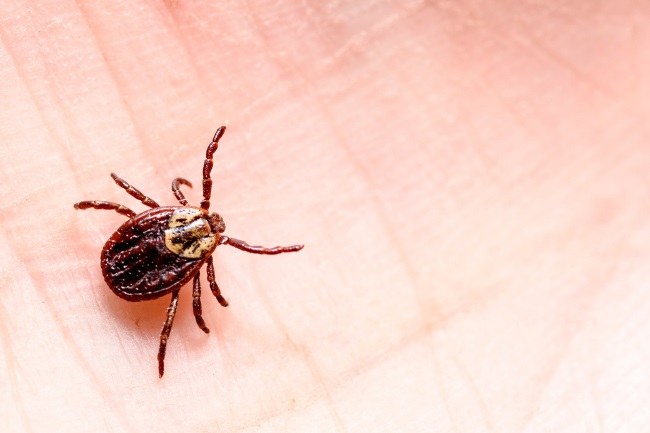 It might seem strange to imagine on such tiny animals as garden spiders, but almost all living creatures, no matter how small, have other smaller creatures living on them. Mites are closely related to spiders and tend to live a parasitic existence on their spider hosts, like tiny vampires. The more mites a spider has, the more damaging they become, weakening their host little by little.

One of the most dangerous things to spiders are other spiders. Even our houses are a constant war zone, with spiders merrily consuming their neighbours whenever they can. Even within a species, spiders aren’t safe from one another. Very few can live communally, and most will immediately attack if they meet another of their kind. They really feel no qualms about cannibalism. This is one of the reasons it can be so dangerous for males to approach females when it comes to mating time. It can very much be a flip of a coin as to whether it’ll be love at first sight or just a light bit of afternoon tea.

Everyone wants a free meal

It’s not easy getting to the ripe old age of two as a garden spider. Being small, mostly defenceless, and ubiquitous means that they’re on everyone’s menu. With birds swooping in from above, mammals scurrying from below, and other spiders creeping up from behind, it’s amazing we have any of these little creatures left. Luckily these spiders have learnt the art of keeping themselves out of everyone’s way, as they know they’re only a spider silks breadth away from becoming supper at any moment.